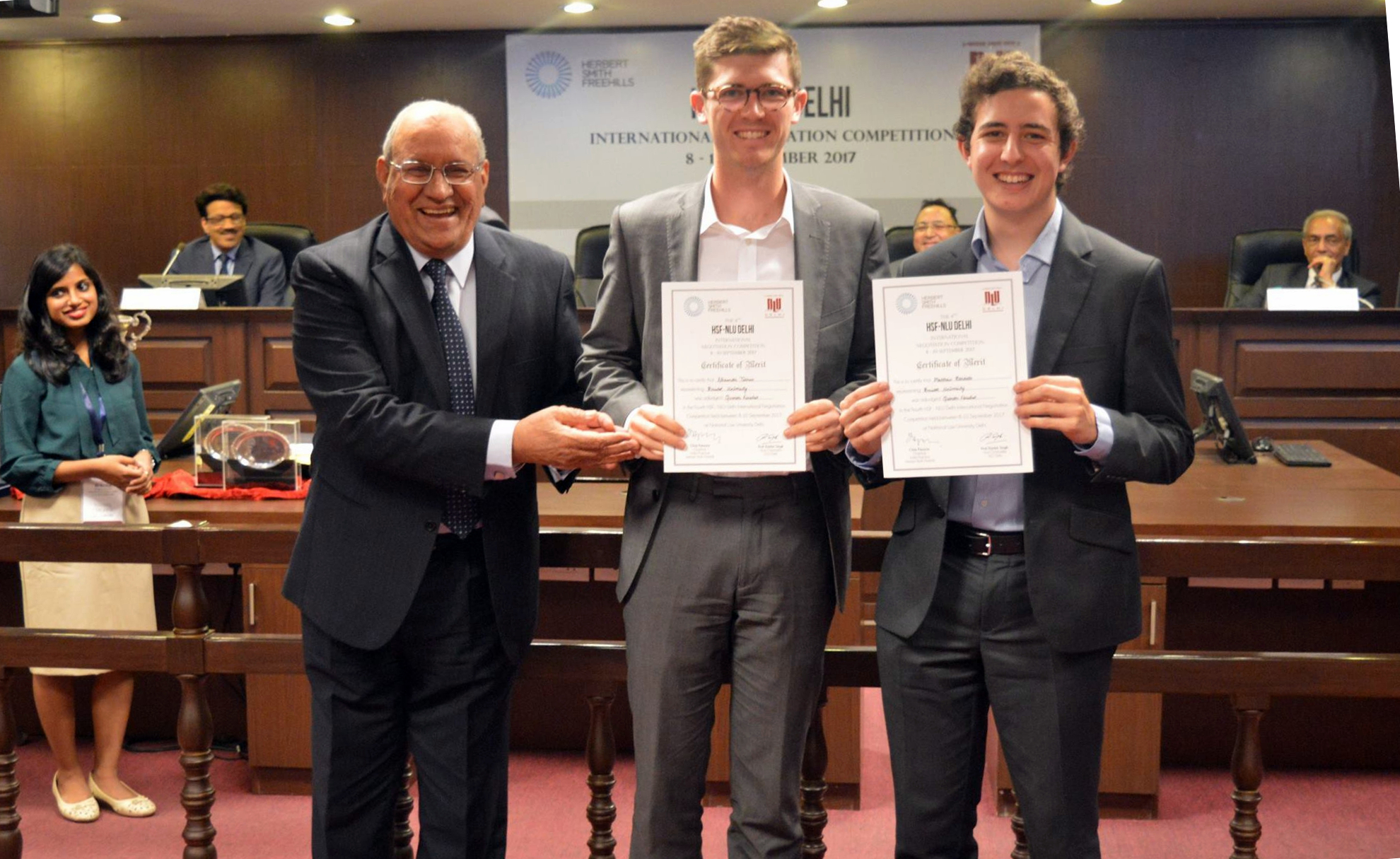 The fourth edition of the HSF-NLU International Negotiation Competition took place in Delhi, India,  between 8-10 September 2017. Teams comprised of two students from 33 international universities competed by assuming the roles of international lawyers as they negotiated a series of legal problems, presided over panels of judges comprised of renowned lawyers and academics.

The invitation-only competition, which simulates complex real-life legal issues and negotiations, provides a platform for law students to practice and improve their negotiation skills in a diverse and international environment.

Alexander Titmus and Matthew Barbato, both entering their final year at the University of Bristol Law School, participated in this year’s competition, advancing through to the quarter-finals and finishing in 6th place.

"Participating in 4th annual HSF-NLU International Negotiation Competition, held in Delhi's National Law University, was an immense privilege. Stretching over three days, Alex and I were able to meet 33 other teams from law schools around the world and learn about both the cultural and legal differences that each country adopts in comparison to the UK. After two intense preliminary round negotiations relating to an acquisition and a joint venture agreement, we advanced to the quarter-finals, ranking 6th overall! The competition has without a doubt strengthened our negotiation skills in a truly international environment, and we hope that next year's team can go even further in the competition!"