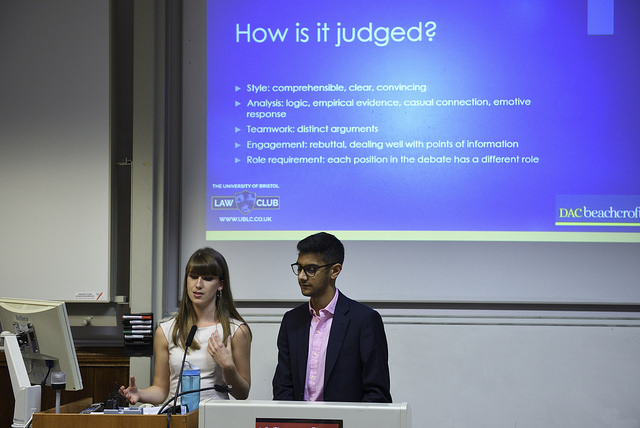 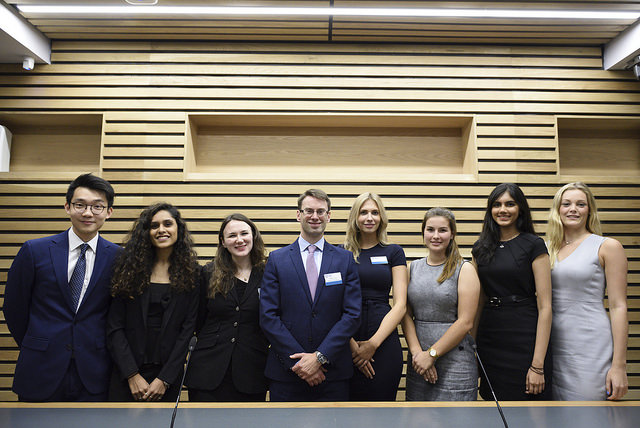 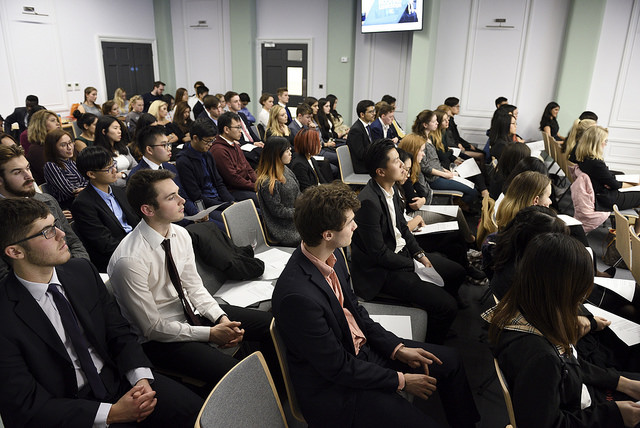 This year's student competition launch nights were celebrated with training sessions, example negotiations, debates and mooting masterclasses, as well as networking opportunities with representatives from law firms sponsoring the events.

The University of Bristol Law Club (UBLC) organises several competitions annually including mooting, negotiation and debating. Most competitions are open to members from all degree disciplines, year groups and abilities and include training sessions and networking opportunities with the events’ sponsors. October saw the launch of several student competitions and workshop sessions:

Debating Competition: Launch night
The Launch Night for UBLC’s most prestigious annual debating competition, the Hunt Cup, was held on October 5th. Sponsored by DAC Beachcroft, the debates were judged by two of the firm’s representatives, assessing the 64 competitors in teams of two debating a diverse range of challenging, topical societal issues. Competitors were judged by the effectiveness of the speaker’s style, strength of analysis, engagement with the core issues in the debate and responses to rebuttal and points of information. The event provided networking opportunities as well as a valuable means for UBLC members to enhance their employability through developing their public speaking skills and persuasive abilities.

Mooting Competition: Launch night and mooting masterclass
Sponsored by Herbert Smith Freehills, the Mooting Launch Night took place in the Lady Hale Moot Court on October 4th. The event showcased an exhibition moot on Contract Law, demonstrated by two finalists from the previous First-year Mooting Competition. The night ended with a drinks reception, giving students the opportunity to speak to experienced mooters, and network with members of staff as well as the three attending representatives from Herbert Smith Freehills. Following sign-ups for the Mooting Competition, successful applicants were then invited to attend a Mooting Masterclass, kindly led by Professor Michael Ford QC, on the 18th of October, 2017. The informal, relaxed session gave the mooters a keen sense of what it takes to win a moot, by clarifying how to develop advocacy skills, approach legal research, and engage with the bench.

For further information about the Bristol Law Club please visit the UBLC website. To find out more about the competitions run through the UBLC please click here.