Times Higher: Will the real L.S.Bibbings please stand up? 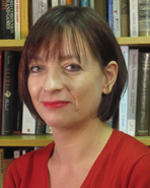 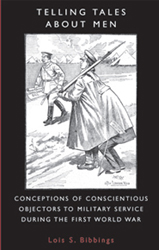 Lois S Bibbings, Senior Lecturer at the University of Bristol Law School, writes in the Times Higher about the potentially far-reaching implications of a journal review of her best-selling book 'Telling Tales About Men' which, at the click of a keyboard, inadvertently brought to life an unexpected alter-ego - the raffish and rakish "Louis Bibbings'.

Lois S Bibbings, Senior Lecturer at the University of Bristol Law School, has a new literary associate. Her near namesake started out as a typo, but swiftly took on a character all of his own; and what a character he is.  Lois’s best-selling book, Telling Tales About Men: Conceptions of Conscientious Objectors to Military Service During the Great War, was mistakenly attributed to one 'Louis S. Bibbings' in a journal review in Gender & History (paywall).  Before the error could be rectified in the online version, Louis had escaped into the internet consciousness, as a quick Google search on his name will attest.

In a light-hearted Times Higher feature article (1 Sept. 2011) with serious overtones, Lois considers the implications of this ‘data shadow’ and reflects upon the history of gender identity and writing, from George Eliot to J.K. Rowling. Of her own initial reaction, she says:

"I was amused, concerned – and convinced that Louis had to go. I had been gender-reassigned in the textual world. That this had happened in a gender journal was…paradoxical'.

By writing about her alter-ego in the Times Higher, with its own online presence, Lois, of course acknowledges that she is providing the 'raffish and rakish' Louis (a cross, apparently, between a young Jeffrey Bernard and David Niven) with further reinforcement of his online existence.  But then Louis, it appears, may yet have his own literary ambitions:

It's a very good book, dear boy, but it's not MY book - the (academic) world is not yet ready for that book...

"... he now has his own email address, and it is not outside the bounds of possibility that he might at some point be drawn to put (fountain) pen to paper himself."

Should these plans come to (printable) fruition, we shall of course, report back.