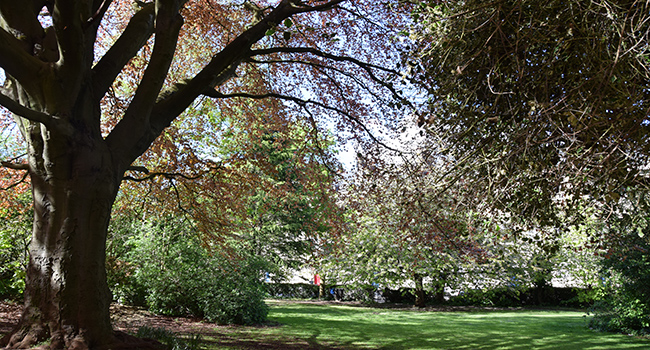 In 2015, as part of the Bristol European Green Capital celebrations, the University launched a three-year project to increase the tree canopy across the city of Bristol

The locations for these trees were identified by a team of student volunteers from Bristol Hub. Brokered by Professor John Tarlton, the University is working in partnership with the Bristol Tree Forum and Bristol City Council to plant new and healthy trees across the city.

The second year's funding 2016/17 looks to improve tree planting along Park Row, where the existing trees are being damaged by vehicles because they have been planted too close to the road.

In partnership with the council and the University Botanic Garden, remaining funds will be used to engage school children from across the city in growing trees through a variety of techniques such as seed sowing, cuttings, grafting and layering.

It is hoped that by 2020, when the council’s 'One Tree Per Child' scheme concludes the trees grown at the Botanic Garden and established in the school grounds will make a significant contribution to the species diversity of the 39,000 new trees.