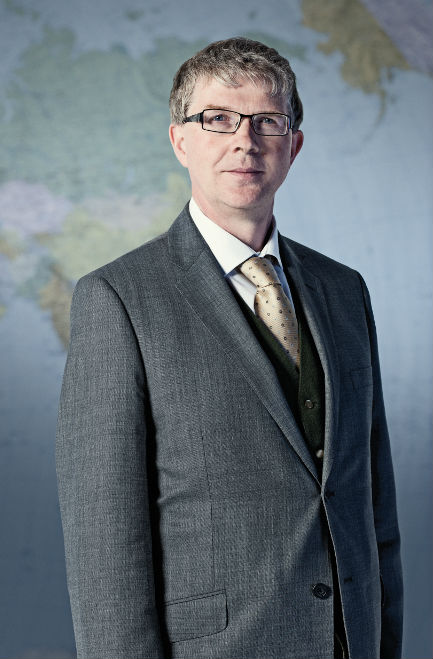 The United Nations Subcommittee on Prevention of Torture (SPT) makes its first visit to the former Yugoslav Republic of Macedonia from 23 to 29 April 2017, to assess the treatment of persons deprived of their liberty, as well as the measures taken for their protection against torture and ill-treatment.

The SPT delegation, which includes the HRIC’s Deputy Director Sir Professor Malcolm Evans will visit places where people are or may be deprived of liberty, including but not limited to prisons, police stations, psychiatric institutions, detention centres for migrants and asylum seekers and children. The experts will meet State officials, UN and civil society representatives and also hold discussions with the national detention monitoring body, officially known as the National Preventive Mechanism.

Aisha Shujune Muhammad, who is leading the SPT delegation comments.

This visit will hopefully be a substantial step in assisting the State Party to fully implement its obligations under the Optional Protocol to the Convention against Torture and strengthen the protection of persons deprived of liberty from torture and ill-treatment, including migrants and children. During our visit we will also focus on ways of strengthening the efforts of the National Preventive Mechanism to prevent and eliminate torture or other cruel, inhuman or degrading treatment of detainees. This includes giving guidance to ensure its effective functioning.

At the end of the visit, the SPT will present its confidential preliminary observations to the Government. For the SPT, the key to preventing torture and ill-treatment lies in building constructive relations with the State concerned and its guiding principles are cooperation and confidentiality.

The Optional Protocol to the Convention against Torture and other Cruel, Inhuman or Degrading Treatment or Punishment has, to date, been ratified by 83 countries. The SPT communicates its recommendations and observations to States by means of a confidential report and, if necessary, to National Preventive Mechanisms. However, States parties are encouraged to request that the SPT makes these reports public. The SPT is composed of 25 independent and impartial experts from different regions of the world.

For more information on the mandate of Subcommittee, please visit: http://www.ohchr.org/EN/HRBodies/OPCAT/Pages/OPCATIndex.aspx