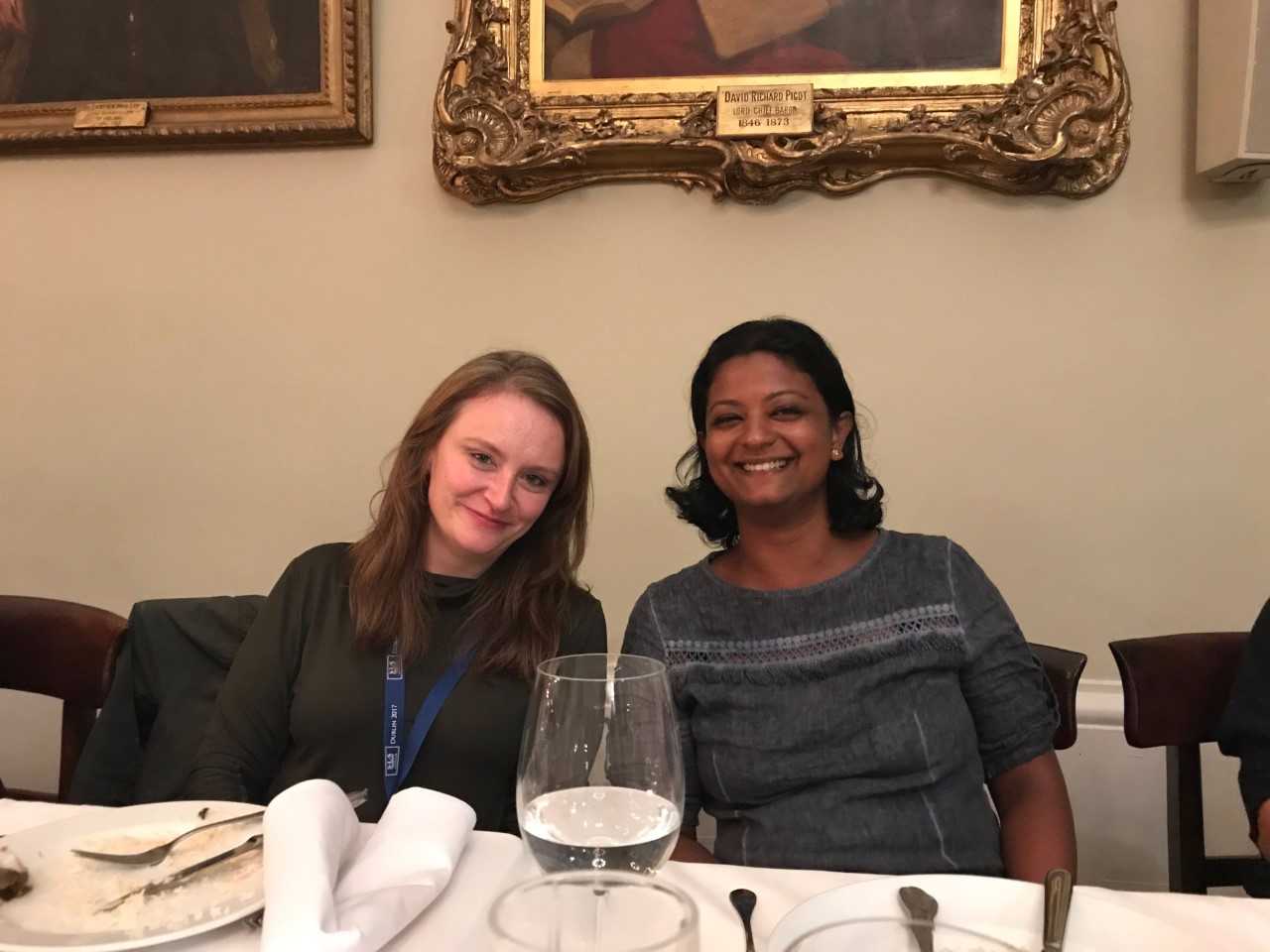 Dr Devyani Prabhat (right) at the annual conference dinner of the Society of Legal Scholars (SLS) Conference 2017, prior to receiving her award

Law School academic Dr Devyani Prabhat has won the 2017 UK Society of Legal Scholars Peter Birks Prize, securing one of the most highly regarded awards in the field for her book ‘Unleashing the Force of Law’.

The subject of Dr Prabhat’s book focuses on legal mobilization, national security and basic freedoms. The book looks at the role of the legal profession for basic freedoms in Northern Ireland, in England, and in the two American cities of New York and Chicago in two different time periods: the 1980s and the post 9/11 era.  Set against turbulent political landscapes, the book asks two fundamental questions.

I am delighted to have won this award out of such a strong group of publications,” said Dr Prabhat. “The award comes to Bristol because of the strong collegial support for research and writing at our Law School. On the writing itself, I am delighted a book which starts every chapter with poetic references captured the hearts of the judges who are all leading legal luminaries.

The Society was delighted to award the Birks Prize 2017 to Dr. Prahat.  Her book provided a theoretical sophistication and highly original analysis of the nature and form of cause and political lawyering.  It is an important contribution to our understanding of what lawyers do.

This is a wonderful achievement for Devyani. We are thrilled that she has received one of the most prestigious awards in the sector in recognition of her work. She deserves it.

The award was presented at the annual conference dinner of the Society of Legal Scholars (SLS) Conference 2017, on 7 September 2017, at the historic Dining Hall in King’s Inns, Dublin. Competition for the prize was intense as impressive scholarship was represented throughout.

Unleashing the Force of Law can be purchased from Palgrave Macmillan and is available on Amazon.co.uk

Dr Devyani Prabhat is a Senior Lecturer in Law at the University of Bristol Law School, UK, with legal practice experience in Constitutional law. She holds a LL.M and a PhD from New York University. At present, she researches and teaches Migration, Citizenship and Nationality from a socio-legal and comparative perspective. She is an ESRC research grant holder on British Citizenship and the Practice of Nationality laws. Project website: http://www.bristol.ac.uk/law/research/centres-themes/citizenshipandlaw.html. The project focuses on the processes of gaining, holding and losing of citizenship and the role of nationality law practice for long term residents or British citizens. She supervises doctoral students researching on citizenship, migration, and the legal profession.