Preventing torture before it happens: Ten years of the Optional Protocol 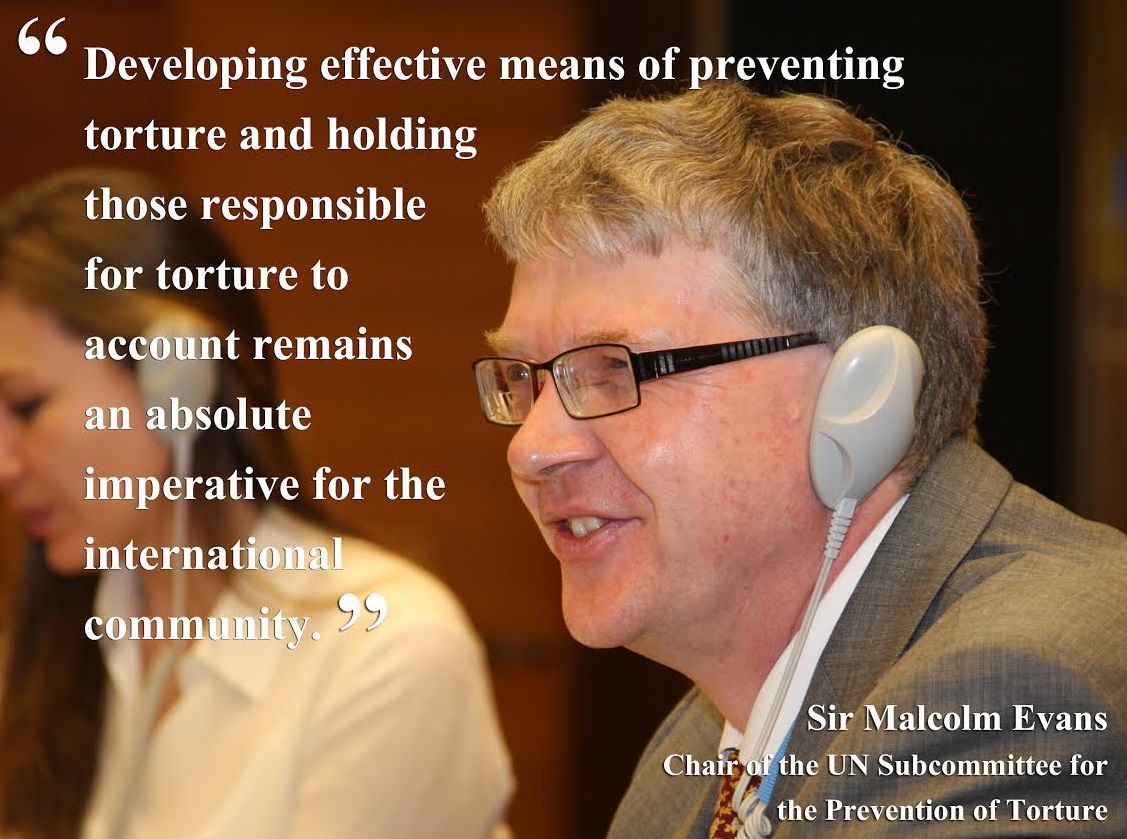 “This is the most powerful tool in the international toolbox to try and ensure that torture does not happen,” Sir Malcolm Evans, Professor of Public International Law and the Chair of the Subcommittee on Prevention of Torture.

Sir Malcolm Evans, who was recently re-elected at the Chair of the Subcommittee on Prevention of Torture (SPT), was speaking on the 10th anniversary of the Optional Protocol to the Convention Against Torture (OPCAT).

The SPT is responsible for ensuring that the OPCAT is implemented in practice with the emphasis of the mandate on practical ways to prevent torture from happening. This is done through the provision in the mandate that allows the committee to visit a country and its places of detention, unannounced, and “go where it wishes, and see who and what it wishes,” said Sir Malcolm.

In the last ten years, SPT members have completed more than 50 country visits, making recommendations that have resulted in many different issues, such as improved access legal representation, including for children, reinforcing guarantees for detainees, better access to rights-based information to prisoners, and better training for judges, police, prison staff and health professionals.

Perhaps the most impressive achievement under the OPCAT has been the establishment of so many national preventive mechanisms (NPM), many of whom do amazing work in countries where no prevention work of this nature was ever done before. It is a record of real, practical and meaningful achievement.

In its ten years, OPCAT has managed to bring about better protection against torture and ill-treatment in the 83 countries that have signed up so far. For the future, Sir Malcolm hopes more countries will accept its mandate by ratifying the OPCAT. Sir Malcolm concluded;

Full story on the Office of the High Commissioner on Human Rights (OHCHR) website.

Professor Sir Malcolm Evans re-elected to serve as a member of the UN Subcommittee for the Prevention of Torture(the SPT): On 27th October in Geneva, representatives of the 83 states party to the Optional Protocol to the Convention Against Torture (the OPCAT) met to elect members to serve for the next four years. Sir Malcolm, who is currently chair of the SPT, was among those chosen. He had been a member of the SPT since 2009 and its Chair since 2011. The SPT has the most powerful mandate of all the UN human rights mechanisms, bring able to visit any place of detention in any state party whenever it wishes in order to ensure better protection of detainees from torture and ill-treatment.