Brexit: Why there has never been a better time to study law 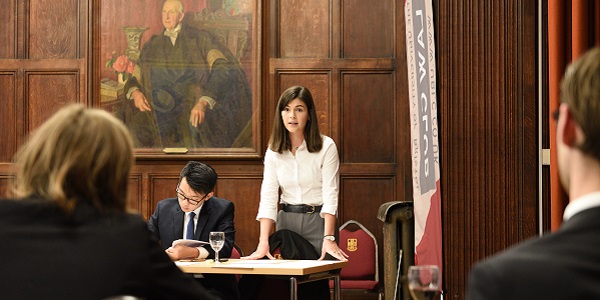 You could be at the forefront of a new legal frontier as the demand for expertise in a diverse range of legal issues increases. 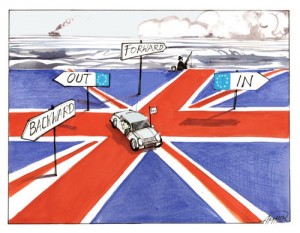 Our Academics are on the frontline, contributing to the the debates around Brexit and the future of our legal system.

If you want an exciting subject to study at university then law should be on your radar. With the UK voting to leave the European Union in June there has never been a more interesting time to get involved.

No country has ever left the EU before and the UK is now in uncharted territory. The huge changes to the legal system currently on the horizon make it the perfect time to get stuck in to preparing for a career in law.

You could be at the forefront of a new legal frontier

In Star Trek, Captain Picard is on a mission to go where no man (or woman) has gone before. Well, that’s what you will be doing if you decide to study European law. Far from students celebrating an end to EU law modules, there is virtually no area of domestic law untouched by the EU and therefore plenty of untangling to be done. In fact, a recent study found that 64.7 per cent of UK law created between 1993 and 2014 is influenced by the EU.

In October’s Conservative Party conference, Theresa May signalled that the European Communities Act 1972 will be removed from the statute book. The result: ‘the authority of EU law in the UK will end’. But, even she seems to accept that it will not be as simple as that.

If you study law, there is every chance you will be dealing with the issues associated with the untangling of domestic and EU law when you graduate. And this means increased opportunities.

Embrace Brexit as a path to a fantastic legal career

The UK legal profession has been going from strength to strength in recent times with an annual growth of 7 per cent. Brexit is already creating opportunities with some of the top and highest revenue-generating law firms in the world, many of them based in the UK, grappling with the issues surrounding Brexit. In the short-term, plenty of firms are offering advice to companies who want to know how Brexit will affect them.

Long-term the same high-revenue generating companies will continue to need access to brilliant legal advisors, particularly those with in-depth understanding of European and international law.

There are big opportunities to specialise

Let’s face it no one really knows what will happen when Article 50 is triggered, signalling the formal start of the Brexit process. Prime Minister Theresa May has said this will happen no later than the end of March next year but the details have yet to be hammered out.

In her Conservative Party speech, however, she did state that ‘as we repeal the European Communities Act, we will convert the “acquis” – that is the body of existing EU law – into British law’. The EU acquis can then be amended, repealed or improved upon; but as a first stage, at the date on which the UK exits the EU, it will be converted into British law.

That task is likely to start in March 2019 and such is the volume of EU law and its entanglement with every aspect of UK life that an increased demand for expertise in a diverse range of legal issues is likely to be required as Parliament and the courts decide which laws will and will not continue to apply. The UK will have to decide how we trade, how we secure employees’ rights, how we protect the environment, what it means to be a British citizen and much more besides.

You could be advising government

If you fancy law with a bit of politics you could become an adviser to the government. The body of EU law is huge and once we leave it will be for parliament to decide what remains and what is repealed. Professor Phil Syrpis, from the University of Bristol Law School, has already been engaging key political stakeholders on the process of triggering Article 50.

As you graduate, decisions will be being made about the status of what is now EU law. Bright legal minds will be needed to sift through vast numbers of EU Treaty articles, regulations and directives, Acts of Parliament and statutory instruments, to ensure that all decisions are based on solid understandings of what has come before. Britain has been a member of the EU for more than 40 years, it’s going to take a long time for the government to figure out which laws stay and which ones go.

Want to find out more?

Our Academics are on the frontline. Our research deals with many of the issues surrounding the Brexit process which, in turn, means you will receive a very exciting education at a transformational time for the subject. And, as a top 4 Law School for employability**, you will also have many opportunities to hone your skills so you are ready to take on the challenges ahead.