Should the work of Banksy be listed? 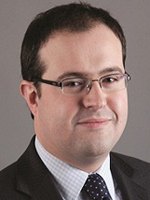 Graffiti has traditionally been seen as a menace by local authorities, its appearance viewed as an indicator of decline in amenity and something to be painted over or scrubbed away. However, new research by the University's Law School questions whether the work of the well-known British street artist, Banksy, should be protected as a listed asset.

John Webster
Graffiti has traditionally been seen as a menace by local authorities, its appearance viewed as an indicator of decline in amenity and something to be painted over or scrubbed away. However, new research by the University's Law School questions whether the work of the well-known British street artist, Banksy, should be protected as a listed asset.

Banksy’s desire for anonymity and high-profile exhibitions has led him to becoming a household name. This has also led to both financial and cultural values being placed on his work. A piece of his commissioned artwork entitled ‘Space Girl and Bird’ was sold in 2007 at Bonham's Auction House for a record £288,000.

The study was led by John Webster, a postgraduate law student at the University who works as a solicitor at UK law firm Burges Salmon, specialising in planning law. His study, published in the Journal of Planning & Environment Law, seeks to address whether the works of Banksy, given their cultural and financial value, could benefit from the protection of the Listed Building Acts.

In 2006, when a piece of Banksy’s work appeared on the blank wall of a clinic overlooking Park Street, Bristol City Council took the unusual step of holding an online poll asking the public for their view whether it should be kept or removed. The poll gave a result of 93 per cent in favour of keeping the work.

In 2009, at the time of the ‘Banksy versus Bristol Museum’ exhibition in the city, the Council took the step of carefully removing the results of an overnight paintball attack, which had covered parts of the wall with blue paint.

John, a postgraduate student in the University’s School of Law, said: “There is clearly a strong interest in Banksy's work that appears to be celebrated in popular culture as an artist in his own right. It can be argued that his work, due to its political and social statements, carries a cultural significance in modern society. The public has indicated that this needs to be kept and by extension, preserved. An application for listing is one of these methods. The effect of Listing would also ensure that the work could be preserved for future generations and grants could be applied for to preserve the work.”

In February 2010 a Planning Officers report relating to the demolition of the ‘Foundry’ art venue in Hackney, recommended a condition be imposed to preserve his work. This required that the Banksy work painted on walls within the building be removed intact prior to demolition and put on display elsewhere in the borough.

John added: “A positive approach by local authorities to graffiti finds itself at conflict with existing legislation, which is aimed entirely at prevention and removal. These powers can override the intentions of the property's owner. Even if the owner of a wall wishes the graffiti to stay, the local authority could still serve a notice if in the authorities opinion is detrimental to the amenity of an area.”

Although a Council could use its powers to scrub graffiti, the retention of Banksy's work on private property depends on the owner wishing it to stay. The current owners of the Park Street Clinic who currently allow the Banksy to remain, may be replaced by a new owner who may wish to paint over the work and have a uniform coloured wall. By its very nature, although painted to remain for a period of time, aerosol spray paint fades in the open from exposure to the elements.

John added: “The danger of loss creates a moral dilemma if the public have stated on mass that they wish to retain a wanted or cherished part of their environment.“

Support for a listing application for a Banksy may be found within the recent Grade II listing of the Abbey Road Crossing. Famous due to its appearance on the front cover of the Beatles Album, English Heritage took the view that the asphalt and zebra stripes applied to the road itself were capable of being listed as a structure. In terms of policy, English Heritage acknowledged that there are many cases in which the architectural or structural interest is low but the historic interest is so significant as to outweigh the lesser interest of the fabric. The advice given to the Minister was that the zebra crossing was recommended for Grade II listing due to its national cultural interest. The principal reasons for the designation were due to its historical value, being made internationally famous on the album, being a superb example of an important or rare form of road safety crossing and due to its group value with the Grade II listed Abbey Road Studios.

On listing, John Penrose, the Minister for Tourism and Heritage, stated: “This London zebra crossing is no castle or cathedral but, thanks to the Beatles and a ten minute photo-shoot one August morning in 1969, it has just as strong a claim as any to be seen as part of our heritage and as such it merits the extra protection that Grade II listing provides.”

There are no English Heritage Guidance documents on street art or graffiti. English Heritage is directed towards preserving the historic environment rather looking forward from “prospective” heritage of the present and saving for future generations. There are no other examples to allow for a consistent decision but support could be drawn from the justifications given for listing the Abbey Road Zebra Crossing, particularly that national cultural interest should outweigh any lesser interest in the fabric of the building. Similarities can clearly be drawn between the listing of the Crossing and a prospective listing of the Park Street Banksy, certainly in terms of popular culture appeal. The Crossing has the benefit of a much longer “history” being over 40 years since the album photograph was taken, which in part contributed to its status as being more than just a zebra crossing. To counter this a Banksy has the advantage that it is the actual work, as it is now and under threat, rather than being shown within a photograph.

In concluding the research, John said: “In terms of should a Banksy work be listed, it is clearly a future heritage asset. It is open for any individual or group to submit an application for listing the Park Street Banksy. It is clear that although the Listed Building Planning System gives the greatest protection, it is not designed for the purpose of preserving graffiti and only by extending case law and policy can any traction be gained. Any action would be a test case. It is unclear though who would object to the listing if the owner is complicit.

“If Banksy's work at Park Street is unable to gain full protection through listing, it is reliant on Council's protecting what their communities want to keep by drafting in local policy which to preserve which do not actually remove statutory Enforcement Policy. The ongoing process in preserving the Park Street Banksy will be on Bristol City Council taking action to maintain it for years to come, however it is still open for an application to be made to list in 15 years or more when a history of preservation could be gained.”

The study by John Webster is taken from his dissertation submitted to the University of Bristol entitled ‘Should the work of Banksy be listed?’.