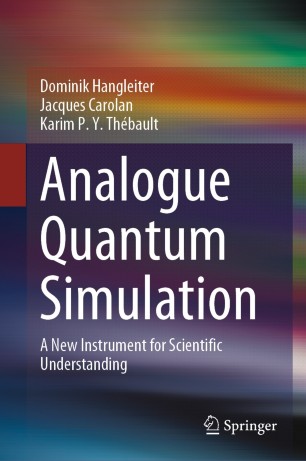 Analogue quantum simulation is a new and powerful inferential tool whereby scientists manipulate and probe the dynamics of a well-controlled quantum system in the lab to learn about features of another quantum system they do not have direct access to. This book presents fresh insights into analogue quantum simulation. It argues that these simulations are a new instrument of science. They require a bespoke philosophical analysis, sensitive to both the similarities to and the differences with conventional scientific practices such as analogical argument, experimentation, and classical simulation. Readers will discover a  normative framework to isolate and support the goals of scientists undertaking analogue quantum simulation and emulation. This framework will prove useful to both working scientists and philosophers of science interested in cutting-edge scientific practice.

This book is availble here.