The Legacy of Tatjana Afanassjewa: Philosophical Insights from the Work of an Original Physicist and Mathematician 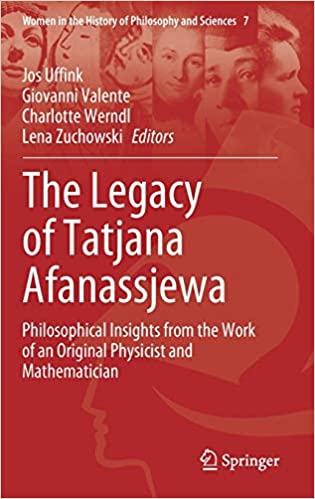 This book presents a collection of essays that explore the life and works of Tatjana Afanassjewa (1876–1964), a Russian–Dutch physicist and mathematician. Readers will discover a scientist whose work on the foundations of thermodynamics significantly influenced the field itself as well as the philosophy of physics. This book highlights the philosophical consequences of her work in physics and mathematics and discusses historical aspects of her writings on the foundations of physics. In addition, it features English translations and critical reviews of key selections from her texts.

First and foremost, the book highlights the numerous contributions that Afanassjewa made to the field. In particular, the authors examine her work on the foundations of thermodynamics and statistical physics, starting in the 1920s and extending to 1956, well after the untimely death of her husband in 1933. They also explore her almost entirely forgotten work on the didactics of mathematics. In addition, they discuss her influential collaboration with her husband, the Austrian physicist Paul Ehrenfest (1880–1933).

The portrait that emerges is that of a highly original physicist and mathematician, whose legacy continues to influence scientists and philosophers today and whose lesser-known works deserve more attention than they have received. Readers will find a rich body of work that continues to this day to yield insights into the foundations of physics and mathematics.