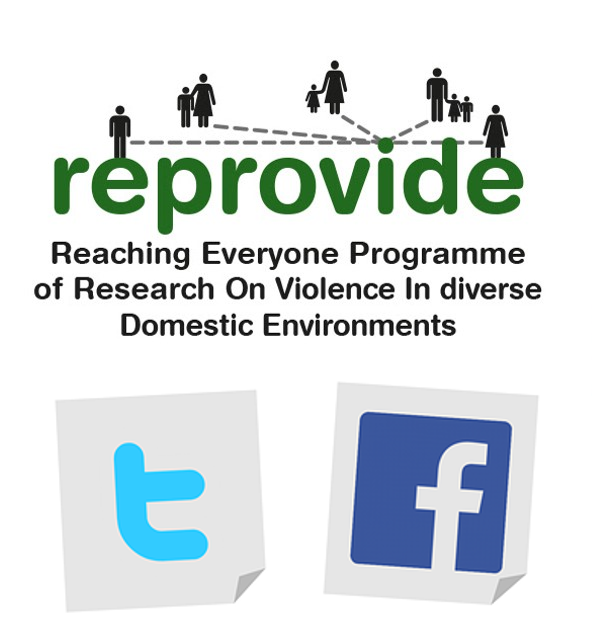 The REPROVIDE study is testing a group intervention to help men who are violent or abusive in their relationships with women. We are looking for the support of agencies who work with families affected by domestic violence to refer men who are willing to participate in the study.

The research team, based at the Centre for Academic Primary Care, have set up a Twitter account and Facebook page and are hoping that as many individuals and agencies as possible will like, follow and share to help get the word out about the study and encourage men to take part.

Men can refer themselves to take part in the study, and the researchers are also keen for GPs, social workers, health visitors, police officers or domestic abuse services to support men to get in touch.

The study, which was recently awarded urgent public health priority status by the National Institute for Health Research, has developed a pioneering 23-week group programme for men that aims to help them understand and change their behaviour. The research team will assess the effectiveness of the programme for the men taking part and in terms of the safety and wellbeing of their partner or ex-partner.

The study is being run in collaboration with the charities Barnardo’s, Splitz Support Service, NextLink, Phoenix Domestic Abuse Services and Respect to recruit men who live in Bristol, North Somerset, South Gloucestershire, Wiltshire, Somerset or Gwent and who are or have been:

Two-thirds of men referred will take part in the group intervention, which will provide education and support, and one-third will be assigned to a comparison group, with no additional support. All the men will be asked to complete questionnaires at various points during the study.

Partners or ex-partners of the men will also be invited to take part and offered appropriate support. Their experiences will help the research team measure the effectiveness of the programme.

Dr Karen Morgan, Research Fellow at the Centre for Academic Primary Care, said: “Not all domestic abuse is physical. It can be emotional, sexual, financial or controlling behaviour, but whatever form it takes, it is important that men who are concerned about their behaviour in relationships have somewhere to turn for help.

"Through the REPROVIDE study, we are hoping to find the most effective way to help men to change abusive behaviour, and ultimately, to improve lives for their victims, for children, and for the men themselves. We hope that we will be able to boost both agency and self-referrals to the study through sharing information about it on social media through our new Twitter and Facebook accounts.”