Does testosterone influence success? Not much, research suggests 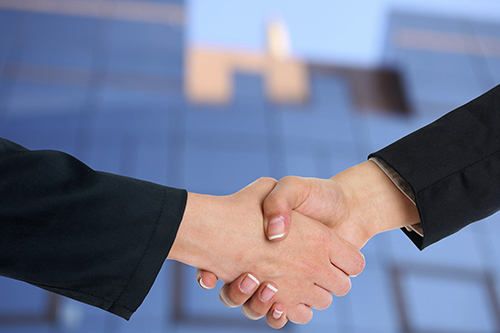 With the Olympics underway, higher testosterone has often been linked to sporting success, and other kinds of success too. But beyond sport, new research has found little evidence that testosterone meaningfully influences life chances for men or women. In fact, the study suggests that despite the social myths surrounding testosterone, it could be much less important than previously thought.

To isolate effects of testosterone itself, the research team applied an approach called Mendelian randomization in a sample of 306,248 UK adults from UK Biobank. They explored testosterone's influence on socioeconomic position, including income, employment status, neighbourhood-level deprivation, and educational qualifications; on health, including self-rated health and BMI, and on risk-taking behaviour.

Dr Amanda Hughes, Senior Research Associate in Epidemiology in Bristol Medical School: Population Health Sciences (PHS), said: "There's a widespread belief that a person's testosterone can affect where they end up in life. Our results suggest that, despite a lot of mythology surrounding testosterone, its social implications may have been over-stated."

First, the team identified genetic variants linked to higher testosterone levels and then investigated how these variants were related to the outcomes. A person’s genetic code is determined before birth, and generally does not change during their lifetime (there are rare exceptions, such as changes that occur with cancer).  This makes it very unlikely that these variants are affected by socioeconomic circumstances, health, or other environmental factors during a person’s lifetime. Consequently, any association of an outcome with variants linked to testosterone would strongly suggest an influence of testosterone on the outcome.

In contrast, there was little evidence that the testosterone-linked genetic variants were associated with any outcome for men or women. The research team concluded that there is little evidence that testosterone meaningfully affected socioeconomic position, health, or risk-taking in men or women. The study suggests that - despite the mythology surrounding testosterone - it might be much less important than previously claimed.

Results for women were less precise than results for men, so the influence of testosterone in women could be studied in more detail in the future using larger samples.

"Such research has supported the widespread idea that testosterone can influence success by affecting behaviour. There is evidence from experiments that testosterone can make a person more assertive or more likely to take risks - traits which can be rewarded in the labour market, for instance during wage negotiations. But there are other explanations. For example, a link between higher testosterone and success might simply reflect an influence of good health on both. Alternatively, socioeconomic circumstances could affect testosterone levels. A person’s perception of their own success could influence testosterone: in studies of sports matches, testosterone has been found to rise in the winner compared to the loser."

About Mendelian Randomization
Information on Mendelian Randomization: a method of using variation in genes of known function between people to examine the causal effect of a modifiable exposure (i.e. diet) on disease (i.e. cancer) in observational studies. The use of genetics takes away any potential measurement, or human, error associated with questionnaires and participant recall which are often used to record lifestyle factors such as level of physical activity.

About the MRC IEU
The MRC Integrative Epidemiology Unit (IEU) at the University of Bristol conducts some of the UK's most advanced population health science research. It uses genetics, population data and experimental interventions to look for the underlying causes of chronic disease. The unit exploits the latest advances in genetic and epigenetic technologies. We develop new analysis methods to improve understanding of how our family background, behaviours and genes work together. Using these to investigate how people develop and remain healthy or become ill.

About UK Biobank
UK Biobank is a major national and international health resource, and a registered charity in its own right with the aim of improving the prevention, diagnosis and treatment of a wide range of serious and life-threatening illnesses – including cancer, heart diseases, stroke, diabetes, arthritis, osteoporosis, eye disorders, depression and forms of dementia. UK Biobank recruited 500,000 people aged between 40-69 years in 2006-2010 from across the country to take part in this project. They have undergone measures, provided blood, urine and saliva samples for future analysis, detailed information about themselves and agreed to have their health followed. Over many years this will build into a powerful resource to help scientists discover why some people develop particular diseases and others do not.