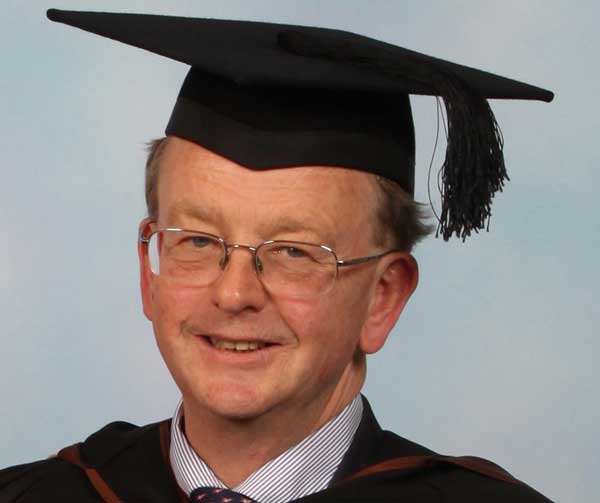 Michael Liversidge, Emeritus Dean of the Faculty of Arts, died on 5th July 2021, after a short illness. His colleague, Professor Beth Williamson, offers a remembrance.

Michael came to the Department of History of Art at Bristol in 1970, having graduated from the Courtauld Institute of Art in 1969, and taught here until his retirement in 2008. During that time he served as Head of Department (1979–96, 2002–03 and 2004–06), and as Dean of the Faculty of Arts from 1996 to 2001. Even after his retirement he remained closely associated with the History of Art Department, offering his expertise and experience to students on the Prints unit, and frequently attending the research seminar, so that his association with the department lasted for almost 50 years.

His own research specialism was in British art from the Renaissance to the early 20th century, with particular interests in landscape art of the 18th and 19th centuries, the history of designed landscapes and gardens, and classical receptions in British painting. He co-curated Canaletto and England (Birmingham City Museums and Art Gallery, 1993) and Imagining Rome: British Artists and Rome in the Nineteenth Century (Bristol City Museum and Art Gallery, 1996). He made a tremendous contribution to the University’s Historic Buildings and Gardens Committee, and to the database of works and the evaluation and understanding of the oil paintings throughout the estate.

He was a Visiting Fellow at the Yale Center for British Art in 1978 and held visiting appointments in art history at Queens University, Kingston, Ontario in 1971, 1972 and 1975. He was Chairman of Bristol and Gloucestershire Archaeological Society and Honorary Secretary of the Friends of Bristol Art Gallery, and served on the South West Museums Council. He was also a Governor of the British Institute of Florence and a Fellow of the Society of Antiquaries and of the Royal Society of Arts.

Michael had an eye for an interesting object and was skilled in the kind of connoisseurship that is becoming increasingly rare. He was instrumental in identifying the only known surviving panels from the Painted Chamber in the medieval Palace of Westminster when they turned up in Bristol in 1993. One such astonishing find would be enough for anyone’s career. But Michael went on, in 2006, to discover two missing panels from Fra Angelico’s San Marco Altarpiece during a visit to a private home in Oxford, where he had gone to look at something quite other in the resident’s collections.

Among Michael’s other gifts was a facility for friendship, and for promoting interesting ventures and supporting people with potential. He had an extraordinary memory, and seemed to remember every student he had ever taught. The unrivalled number of contacts that he had in every area of the art world (many of them former students), and the deep respect with which he was held, meant that he was continually called upon to recommend collaborators for projects, as well as potential employees. Many of his students and colleagues benefited from his enthusiasm for putting people together and making things happen. He was endlessly imaginative, enthusiastic and resourceful. He was always ready to talk, preferably over a glass of red wine. We will miss him very much, as will his family and his many, many friends.