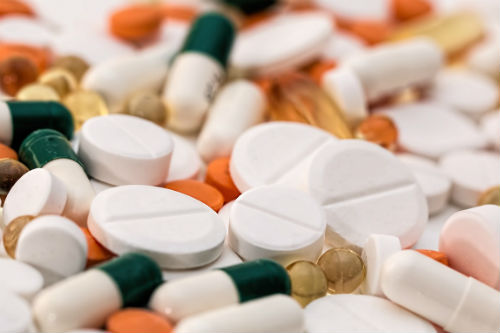 An international research collaboration, which includes the University of Bristol, has received funding to discover and accelerate the development of new antibiotics.

The project will bring together scientists from the UK and South Africa, to establish an Antibiotic Accelerator Hub to significantly boost capacity for discovery of new antibiotics. The focus will be on unexplored, biodiversity-rich habitats, including deep sea and polar environments, offering real potential for new ‘natural product’-derived drugs.

There is an urgent need for new antibiotic discoveries to counter the danger posed by antimicrobial resistance (AMR), widely regarded as one of the greatest threats to global public health.

The impact of AMR is particularly severe in low and middle income countries (LMICs), and in addition to the growing list of bacterial pathogens known to be resistant to treatment, there is increasing concern over sexually transmitted infections caused by resistant Neisseria gonorrhoea.

Alongside medical benefits, the project aims to support future growth in the bio-economies of both countries, ensuring fair and equitable sharing of the benefits of any new drugs arising from the research with communities from LMICs.

Led by the University of Plymouth in the UK and Rhodes University in South Africa, the Hub research consortium also includes partners in South Africa, who will make up the Natural Product Research Network that will be established as part of the Hub. In the UK, partners include those at universities in Bristol, Leeds, Aberdeen and St Andrews.

The £1.9 million includes £412,000 for a seed project, which will explore the diversity of antimicrobial peptides in South Africa to identify potential new antibiotics. This element is led by Dr James Mason at King's College London and Professor Anabella Gaspar at the University of Pretoria, with contributions from the Universities of Warwick and Sheffield and Public Health England.

Professor in Medical Microbiology Mat Upton is leading the project from the UK. He said: “We know there is an urgent global need to accelerate the discovery of new antimicrobial drugs and bring them to market, and this project brings together expertise from the UK and South Africa to create the infrastructure for that to happen.

“Natural products and their synthetic analogues are the basis for the majority of antibiotics in clinical use today, and the hope is that this collaboration will go some way towards unlocking the potential resources contained in marine and terrestrial biota in South Africa, one of the world’s most bio-diverse places.”