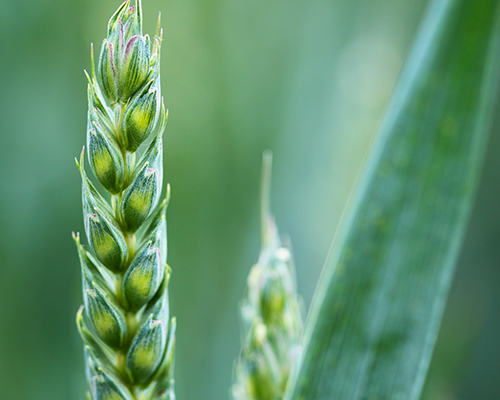 The tiny hairs found on plant roots play a pivotal role in helping reduce soil erosion, a new study has found. The research, led by the University of Bristol and published in Communications Biology, provides compelling evidence that when root hairs interact with the surrounding soil they reduce soil erosion and increase soil cohesion by binding soil particles.

Soil erosion can have a devastating impact across the globe and a serious threat for modern agriculture. The increased demand for agriculture has led to forests and natural grasslands being converted to farm fields and pastures.

However, many of the plants grown, such as coffee, cotton and palm oil, can significantly increase soil erosion beyond the soil’s ability to maintain and renovate. It can also lead to increased pollution and sedimentation in streams and rivers or, because these areas are often less able to hold onto water, can worsen flooding.  This problem is particularly urgent considering the ever-expanding human population and climate change.

Researchers from the Universities of Bristol and Exeter have revealed the crucial function the microscopic roots hairs play in binding and reinforcing soil.

While the larger-scale root properties such as diameter, length and surface area have been extensively studied to understand their role in preventing soil erosion, the effect that micro-scale properties, such as root hairs, has is less well documented.

They found that, when planted in sufficient density, plants with root hairs reduced soil loss almost completely - while otherwise identical plants without hairs could not stem the flow of erosion.

Three methods were used to explore the soil retention benefits of root hairs. First, the samples were placed in a sterile gel, in a petri dish, and then subjected to increasing centrifugal force. The study found that the hairless seedlings were easier to remove from the gel compared to seedlings abundant with root hairs.

Second, the study found that root hairs were also shown to stabilise the plant in the soil, as they increased the force needed to uproot the plant.

Professor Claire Grierson, one of the study’s lead authors from Bristol’s School of Biological Sciences explained: “These findings could be the key in helping to tackle soil erosion. There are three possible ways root hairs could enhance soil, either the soil might bind directly to root hair surfaces, root hairs might release material that reinforces soil, or root hairs might release material that is processed by microbes into something that can reinforce soil.

“We hope our knowledge about the properties of plants that minimise soil erosion will allow the creation and selection of best-suited agricultural plants.”

Professor Quine, an expert in Earth System Science at the University of Exeter, added: “This exciting, truly interdisciplinary project across biology, maths, engineering and environmental science has given us invaluable new insights into the influence of microscopic root structures on the macroscopic behavior of soils.

“I was amazed at the difference that root density made in reducing soil erosion to almost zero, when root density was high, whereas soil loss was still significant when roots at the same density had no hairs.

“We are excited to explore how the hairs exert this extraordinary influence.”

The team are now working to distinguish between these hypotheses and identify the molecules involved.

This research was an interdisciplinary collaboration led by Professor Claire Grierson at Bristol, environmental scientist Professor Tim Quine at the University of Exeter, and Professor Tannie Liverpool and Dr Isaac Chenchiah of the School of Mathematics at Bristol.

Further information on the study is available on a pod cast by Professor Claire Grierson and can be accessed here. You can also hear about the innovative experimental procedures that were designed to measure the interaction of root hairs with their environment on another podcast by the study's joint first authors and University of Bristol PhD students Bethany Eldridge and Tom Denbigh.