Reducing inequalities in poorer areas of England could save the NHS £28.8 million in hip fracture costs 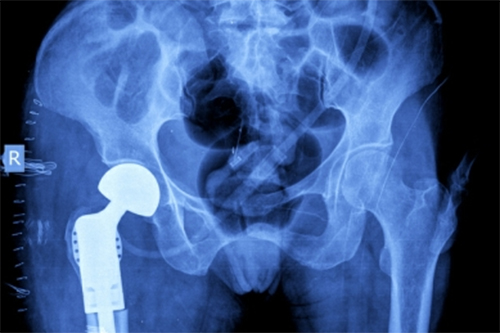 New research has found if healthcare inequalities in the most deprived areas of England were reduced, this could help save the NHS around £28.8 million each year in hip fracture treatment costs.

The University of Bristol study, published in Osteoporosis International and funded by the Royal Osteoporosis Society, examined the association between deprivation and healthcare costs after hip fracture. The researchers found hospital costs in the year following hip fracture were £1,120 higher for those living in more deprived areas. Most of this difference was explained by pre-existing health inequalities which should be targeted to reduce this difference.

More than 60,000 older people break their hip each year in England, costing the NHS £869 million. At any one time, one in 45 NHS hospital beds are filled by a patient recovering from these serious injuries. NHS finances and hospital capacity are under severe pressure, which is expected to increase as the UK’s population ages. Public Health England (PHE) recently highlighted that inequalities in life expectancy are widening, meaning that people who live in the least deprived (richest) parts of England are increasingly living longer than those living in the most deprived (poorest) areas. Health inequalities are avoidable and unfair differences in health status between groups of people or communities.

The researchers wanted to investigate whether inequalities were evident in the health and care costs of older people with a hip fracture in England. Using anonymous information from over 200,000 patients collected across the NHS in England, they found that on average it costs hospitals £13,000 to look after a patient in the year after a hip fracture, and that £1,120 more needs to be spent to treat patients who broke their hip when they lived in the most deprived, compared to the least deprived areas.

Patients from the poorest areas also spent on average a day longer in hospital recovering from their fracture and were more likely to die or be readmitted to hospital in the following year. If all hip fracture hospital treatment cost the same as that for patients from the richest areas, then the NHS would save £28.8 million each year. This money could be spent elsewhere in the NHS to improve patient care.

The study found that much of this higher cost was explained by pre-existing illnesses amongst those who come from poorer areas in England, possibly explained by unhealthy behaviours such as smoking and low levels of physical activity. Hospital care received in the weeks after the hip fracture did not explain the difference in costs. For example, delays waiting for surgery or in arranging places in residential or nursing homes did not explain the difference in costs between people from the poorest and richest areas.

Joel Glynn, Research Associate in Health Economics, Bristol Medical School: Population Health Sciences (PHS) and co-author, said: "Our findings highlight the important role of investment in public health and social policies for all members of society. Intervening to increase welfare, improve bone strength, promote healthy behaviours and reduce social isolation before falls and fractures occur is essential, particularly in the poorest parts of England. These improvements could reduce current inequalities, improve the health of the population and help make NHS funding more sustainable for all in the future."