COVID-19: Half of UK households believe they will struggle to meet their financial commitments over the next three months 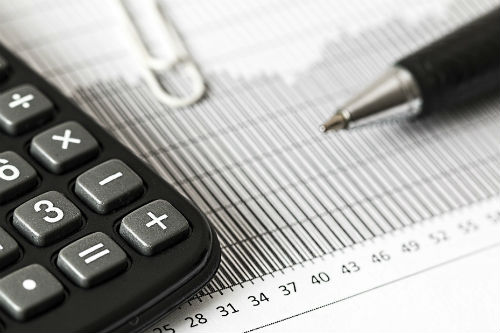 In the first three weeks after the UK government introduced the 'lockdown', an estimated 7 million households – a quarter of all households in the UK – had lost either a substantial part or all of their earned income as a consequence of the Coronavirus pandemic

This included people who had either been laid off temporarily and received no way, become unemployed or lost all of their self-employed income, or had seen a big drop in earned income. Some had been hit in more than one way.

These are the findings from a national COVID-19 financial impact tracker published today by Standard Life Foundation, which shows that 50 per cent of UK households believe they will struggle to meet their financial commitments over the next three months. Researchers also found that, for many, their financial situations were not in a good state prior to the pandemic, with the crisis understandably causing widespread financial anxiety.

Each month, researchers question 6,500 people across the UK on how their personal and household finances have been affected by the crisis and the likely impact it will have over the coming months.

The findings were analysed by a team from the University of Bristol, led by Emeritus Professor Elaine Kempson, who is an honorary member of the University's Personal Finance Research Centre.

Professor Kempson will be leading the series of monthly surveys, designed to track the ongoing impact of the COVID-19 crisis on household economies. The analysis and reporting is being undertaken by Bristol in collaboration with other researchers, including academics at Oslo Metropolitan University.

Government support will go some way to mitigating income losses. Around four in ten of those who had lost a substantial part of their income as a result of the crisis said that they expected to have some of their (or their partner’s) earned income replaced by the Coronavirus Job Retention Scheme (employee furlough). And two in ten thought that they might be eligible for the Self-employment Income Support Scheme (the grant to self-employed people).

Looking to the near future, 28 per cent of households anticipate some fall in income over the next three months. One in five have used credit to pay for food and other essentials during the crisis. But just 1 in 10 have sought financial or money advice.

Professor Kempson, the report’s lead author, said: "The pandemic is hitting people’s finances harder and faster than the last economic downturn. Unlike previous economic downturns it is affecting people in all parts of the country equally. The swathe of people hit by this recession is going to be larger than we’ve seen before, and affect groups who have not been hit by previous recessions."

Alistair Darling, Chair of Standard Life Foundation, said: "We know that whilst everyone will be affected by the virus we will not all be affected equally. This is shown by the disproportionate number of renters, disabled people, the self-employed, and those with dependent children in serious financial difficulty. Not only do we need to ensure that the inequalities which existed before the pandemic are not made worse by it, the government needs to take action to deal with this growing problem by putting appropriate policies in place."