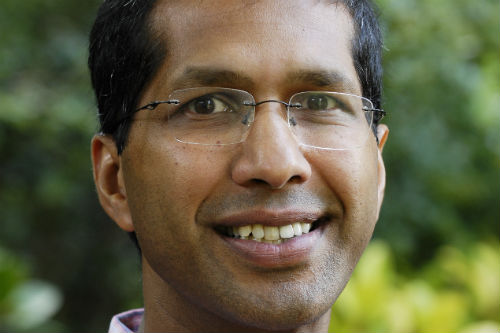 A University of Bristol academic has been recognised for his work in the field of synthetic chemistry after being awarded the prestigious Yamada-Koga Prize 2019 from the University of Tokyo.

Professor Varinder Aggarwal from the University’s School of Chemistry is the 25th recipient of the prize which is awarded annually to a scientist whose research has had a major impact in the fields of synthesis and the function of optically active compounds.

He said: “It is a tremendous honour to have been selected and great honour now to be a member of family containing many of my scientific heroes in the field.

“We work in the field of organic synthesis - making complex molecules that exist in nature and analogues that do not, but without using nature's complex machinery to do so.

“We use small-molecule catalysts and reagents to control whether we generate left or right-handed molecules and then piece them together, like Lego bricks, to create complex structures with desirable characteristics which maybe anything from anti-bacterial to anti-cancer compounds.”

The late Professor Shun-ichi Yamada greatly contributed to the field of organic chemistry, especially in the synthesis of optically active compounds.

Professor Emma Raven, Head of the School of Chemistry at Bristol, said: “Congratulations to Varinder on this fantastic achievement. Bristol is leading the way nationally and internationally in the field of synthetic chemistry and it’s great that we’ve been recognised with such a high-profile award.”