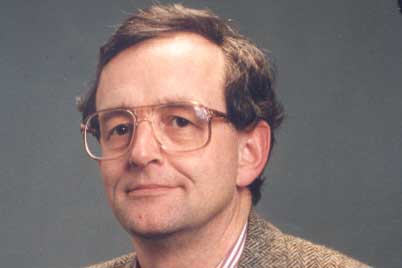 Rodney Lowe, Professor Emeritus of Contemporary British History and Official Historian of the Civil Service, died on 1 December 2018 at the age of 72. Professor Hugh Pemberton offers a remembrance.

A significant contributor to the establishment and development of Contemporary British History as a discipline, and latterly the Official Historian of the British Civil Service, Rodney joined the University of Bristol’s then Department of Economic and Social History in the late-1970s, having previously been a lecturer at Heriot Watt University.

During his career, Rodney became an increasingly important contributor to the developing discipline of ‘contemporary history’ in Britain. He was, for example, a founder member of the editorial board of Twentieth Century British History, which began publishing in 1990, and he chaired it from 2008 to 2012. His landmark book The Welfare State in Britain since 1945, the first edition of which was published in 1993, reflected his clear focus on this period by this stage in his career. Indeed, when he gained his chair at Bristol in 1991 he chose the then innovative title ‘Professor of Contemporary British History’ to emphasise both his focus on, and the importance of, the postwar period in the development of modern Britain.

The merger of the Departments of History and of Economic and Social History in 1993 to form a broadly focused Department of Historical Studies suited Rodney, for during the 1990s the focus of his research began to shift, moving gradually to the operation of public administration in Britain, in a sense returning to his research roots in his doctoral thesis on the establishment and early role of the Ministry of Labour (the subject of his first monograph, Adjusting to Democracy: The Role of the Ministry of Labour in British Politics, 1916-39, published in 1986), but in a contemporary history context. As an example, he and Neil Rollings brought an important contemporary historical dimension to the work of the ESRC's ‘Whitehall Programme' between 1994 and 1999.

It was Rodney’s involvement in the Whitehall Programme, his expertise in the records of contemporary British government (he was the co-author of four guides to modern records held in the National Archives) and his high standing within the profession, which proved to be the stepping stones first to the Lord Chancellor's Advisory Council on Public Records (on which he served from 1999 for many years, until forced by his deteriorating health to resign), and then in 2002 to his appointment as a government Official Historian by Tony Blair, the then prime minister.

Rodney was tasked with writing the Official History of Britain’s Civil Service since the 1960s – a period encompassing reforms to the Service unparalleled in scale and scope in peacetime. The government funding for this was for six years and, since it was a full-time job even if notionally he remained employed by the University of Bristol, Rodney moved to London, buying a flat almost within sight of his natural home, the National Archives at Kew (then still called the Public Records Office). He divided his time between working on released records at Kew and unreleased records within Whitehall, also conducting a very large number of interviews with serving and former civil servants and ministers. His broader links with the National Archives continued to be close, and he also used the opportunity of living in London to work with Pat Thane and the late Richard Roberts in convening the Institute for Historical Research’s (IHR) Contemporary British History seminar as well as continuing to contribute to and support the work of both the Institute for Contemporary British History, first at the IHR and then at King’s College London, and the journal Twentieth Century British History.

Rodney took early retirement from the University of Bristol in 2008 but nonetheless continued to work. In addition to his formal duties as an Official Historian, within government he was often closely involved in advising on document release. He also worked behind the scenes to raise the quality of some government departments’ treatment of records and to ensure that whole classes of unglamorously titled but nonetheless important files destined for destruction as part of the regular review process instead found their way to the National Archives, to be consulted by historians present and future.

Thereafter, however, Rodney began to find work increasingly difficult as the illness that would eventually end his life (PSP, a form of motor neurone disease) began to take a major toll. Other challenges also delayed the second volume of the Official History (not least Brexit, and the closure by the Cabinet Office of its Official History Unit as it cleared the decks for the Civil Service’s greatest administrative challenge since the Second World War). That book (Reforming the Civil Service: The Thatcher and Major Revolutions, 1982-97) will, however, finally be published in 2019 by Routledge. It is a great sadness that Rodney did not live to see it appear in print at last, though thankfully the news that it would finally see the light of day came some months before his death.

Rodney was a kind and gentle man, and notably generous to others both intellectually and in terms of practical support and encouragement. He will be much missed not just by his children, Gini and Alex, but by his former colleagues, by historians of contemporary Britain, and particularly by his many former doctoral students and research assistants, on whom he was a formative influence. His distinctive contribution, both to the University of Bristol and to the discipline of contemporary British history, will be long remembered.