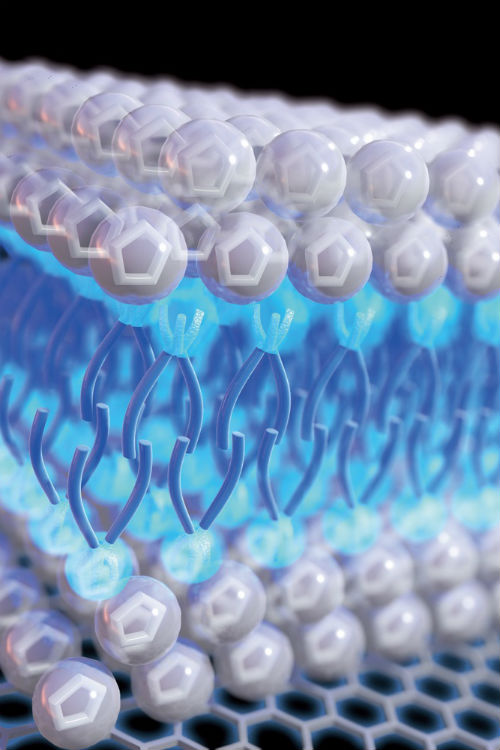 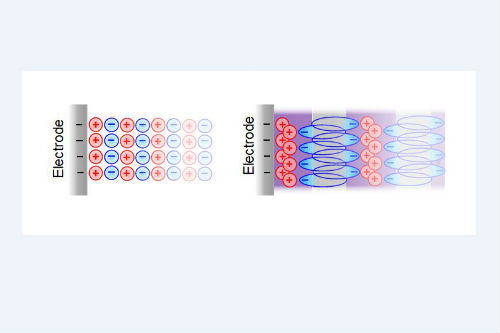 An international team of scientists, including a professor of chemistry from the University of Bristol, has worked out a way to improve energy storage devices called supercapacitors, by designing a new class of detergents chemically related to laxatives.

Their paper, published today in the journal Nature Materials, explains why these detergents, called ionic liquids, are better electrolytes than current materials and can improve supercapacitors.

Currently, aqueous and organic electrolytes are used, but more recently, researchers and manufacturers have been testing ionic liquids instead to boost performance.

Although ionic liquids are salts, at room temperature they are surprisingly not crystalline solids - as their name suggests they are in fact liquids.

This gives ionic liquids numerous advantages over conventional electrolytes because they are stable, non-flammable, and often much more environmentally friendly.

To explore the exciting potential offered by ionic liquids for emerging electrochemical technologies the authors designed a new set of highly efficient detergent-like ionic liquid electrolytes and explained how they work at electrode surfaces.

Understanding how they operate will help design even more efficient devices for storing electrical energy.

Professor Julian Eastoe, from the University of Bristol’s School of Chemistry, is a co-author of the study. He said: “To make this discovery required a team of scientists with a very diverse skill set, spanning chemical synthesis, advanced structural, microscopy and electrical techniques as well as computational methods.

“This work demonstrates the power of scientific research ‘without borders’, the groups from different nations contributed their own expertise to make ‘the whole greater than the sum of parts’.”

Co-author, Xianwen Mao, from the Massachusetts Institute of Technology (MIT), added: “We engineered a new class of ionic liquids that can store energy more efficiently.

“These detergent-like ionic liquids can self-assemble into sandwich-like bilayer structures on electrode surfaces. And that is very reason why they give better energy storage performance.”

Typically, for electrolytes in contact with a charged electrode, the distribution of ions is dominated by electrostatic Coulombic interactions.

However, this distribution can be controlled by making the ionic liquids soap-like, or amphiphilic, so that the molecules now have separate polar and non-polar domains, exactly like common detergents.

These soap-like electrolytes then spontaneously form bilayer structures on the electrode surfaces, leading to much improved energy storage capabilities. The researchers found that temperature and applied voltage also affect the energy storage performance.

This new class of electrolytes may be suitable for challenging operations, such as oil drilling and space exploration, but they may also pave the way to new and improved supercapacitors in hybrid cars.

These devices are essential components in modern hybrid cars and can outperform batteries in terms of higher power and better efficiency.

This is particularly the case during regenerative braking where mechanical work is turned into electrical energy, which can be stored quickly in supercapacitors ready to be released.

This reduces energy consumption and is much more environmentally friendly. More importantly, using the new electrolytes such as developed in this study, future supercapacitors may even be able to store more energy than batteries, potentially replacing batteries in applications such as electrical vehicles, personal electronics, and grid-level energy storage facilities.

The paper is dedicated to the memory of co-author Isabelle Grillo.

The Bristol contribution to this global effort was to identify the underlying structural features, which are essential to the operation of the new electrolytes using the technique of Small-angle Neutron Scattering (SANS, see film). The SANS experiments were conducted at the at STFC-funded international facility Institute Laue Langevin (ILL) in Grenoble, France.

Authors of the paper have strong links to the University of Bristol, and all have long associations with the Colloids Group in the School of Chemistry.