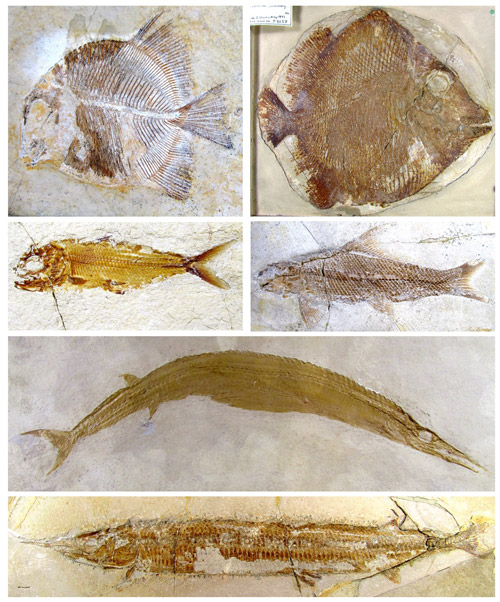 Actinopterygian fossils show a wide range of body shapes which change through time. These changes can be studied to better understand the group’s evolution. Fiann Smithwick, University of Bristol

Scientists from the University of Bristol have revealed that ray-finned fishes are perhaps one of Earth’s most resilient groups of animals, having survived four mass extinction events that wiped out many other groups.

Today the Actinopterygii represent around half of all living vertebrates, with over 32,000 species known.

This remarkable modern diversity has come about through around 400 million years of evolution.

Actinopterygians successfully passed through four of the big five mass extinction events of the Phanerozoic (the last 541 million years).

How most of these events shaped the evolution of the group is however poorly understood.

Lead author Fiann Smithwick from the University of Bristol’s School of Earth Sciences, said: “We looked in detail at how actinopterygians fared during two of these major mass extinctions, the Permo-Triassic and end-Triassic extinctions by looking at how their morphology (body shape and jaw shape) changed through time.

“We found little evidence of any negative impact of either extinction event on the group, with no major changes in either body shape or jaw shape.

“This is especially surprising as the Permo-Triassic extinction event was the biggest of all time and is thought to have wiped out over 90 percent of marine species.”

The results indicate that the group were less negatively affected by the events than most other groups studied to date and may have been more resilient to major environmental changes.

Understanding how certain animals fared during past mass extinction events could have important implications as we likely enter a sixth, man-made mass extinction due to anthropogenic climate change.

‘Phanerozoic survivors: actinopterygian evolution through the Permo-Triassic and Triassic-Jurassic mass extinction events’ by F. Smithwick and T. Stubbs in Evolution.