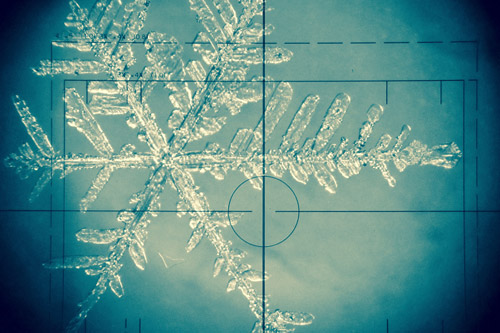 The chemical composition of snowflakes, such as this, can act as recorders of the climate. After they have become frozen into the ice sheets, that information can be unlocked may years later and used to tell us how the climate was different in the past. Tyler Jones 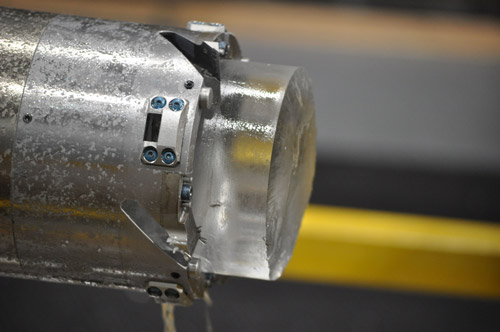 Once melted, this ice, which has been part of the West Antarctic Ice Sheet for many thousands of years, will be able to give invaluable insights into how the climate has changed. Mark Twickler

A scientist from the University of Bristol is part of an international team that has shown that the changing topography of ice sheets in the Northern Hemisphere during the last Ice Age forced changes in the climate of Antarctica, a previously undocumented inter-polar climate change mechanism.

The new research co-authored by Dr William Roberts from Bristol’s School of Geographical Sciences and led by the University of Colorado Boulder has been published in the journal Nature.

The new study suggests that substantial reduction of the Laurentide Ice Sheet that covered much of present-day North America approximately 16,000 years ago resulted in significant climate variations in the tropical Pacific and in West Antarctica.

Lead author Tyler Jones, a Research Associate in CU Boulder’s Institute of Arctic and Alpine Research (INSTAAR), said: “The results demonstrate how seemingly localized effects in one part of the world may have a large impact on climate elsewhere on Earth.”

Jones and his colleagues studied an ice core collected from the West Antarctic Ice Sheet (WAIS) in order to document historical climate.

The WAIS ice core is the first climate record to preserve year-to-year climate variability continuously as far back as 30,000 years ago.

Jones added: “This ice core is really important because it contains long-term climate information that relates to the timescales that humans experience and remember.”

At INSTAAR’s Stable Isotope Lab, the researchers slowly melted and then vaporized the ice cores for analysis using laser absorption spectroscopy, a new methodology that reveals the isotopic composition of the water.

This method has improved the researchers’ ability to measure climate change through ice cores, both by increasing measurement resolution and saving time.

When researchers examined the amplitude of year to year climate signals preserved in the WAIS core, they noticed a large, abrupt decline in the signal strength approximately 16,000 years ago.

They subsequently determined that the anomaly was largely caused by the lowering of the Laurentide Ice Sheet.

Jones added: “When there is a large ice sheet over North America, the circulation of the atmosphere becomes very different than today.”

The new results corroborate another published research study suggesting that ice sheet changes during the same time period shifted the climate in the tropical Pacific enough to transform the terrestrial ecosystems of present-day Indonesia from a grassland savannah to a rainforest, which they remain today.

Overall, the study highlights that changes in the Earth's climate system can be linked across vast distances.

Jones said: “No one has really investigated this kind of signal before.  It potentially opens up new and exciting ways to think about climate data.”

Bristol’s Dr Roberts said: “It is important to understand the mechanisms by which climate variability on these human timescales can be changed.

“Using climate models we can clearly show a chain of causality from one part of the climate system to another.

“People usually think that the changes in the climate in the Northern and Southern Hemispheres are linked through the ocean circulation, we show that this is not always the case.”