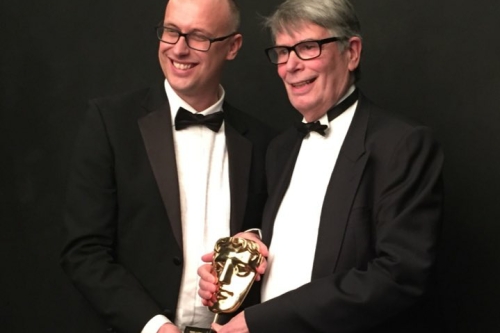 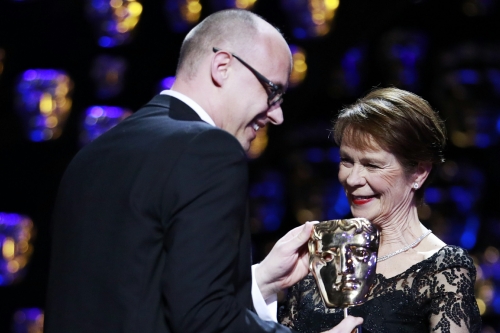 A graduate of the University of Bristol played a leading role at the BAFTAs, accepting a special award on behalf of the National Film and Television School (NFTS).

Dr Jon Wardle, who studied for a Doctorate of Education between 2007 and 2012, is Director of the NFTS and collected the Outstanding British Contribution to Cinema Award at a star-studded ceremony held at the Royal Albert Hall in London last night [18 February].

The School of Education alumnus said: "This award is a huge honour. For almost five decades the NFTS has trained and educated people who go on to power British cinema. Our graduates have been responsible for some of British film and television's greatest moments in recent years.

"With the generous support from our donors and the wider British film, television and games industries, we will continue to provide the people that ensure the UK remains at the forefront of the creative industries globally for years to come."

The Outstanding British Contribution to Cinema Award is presented annually in honour of Michael Balcon, the British film producer known for his work with Ealing Studios.

The National Film and Television School has trained the likes of Harry Potter and Fantastic Beasts director David Yates, We Need to Talk About Kevin filmmaker Lynne Ramsay, master cinematographer Roger Deakins and multi BAFTA-winning animator and creator of Wallace and Gromit, Nick Park – to name only a handful of its famed graduates.

NFTS alumni have hauled in 10 Oscars and 49 nominations, and no less than 129 BAFTA wins between them.

Jon became Director of the NFTS in August 2017, having previously been its Deputy Director. Prior to that, he worked at Bournemouth University in a variety of senior roles for 10 years.

During his career, Jon has worked as a consultant for Creative Skillset, developed courses with companies as diverse as Aardman, Sony Computers Entertainment Europe and the BBC and he is also the author of a number of papers and book chapters on media education.

He leads the annual BFI Film Academy Talent Campus Residential; is a Fellow of the Higher Education Academy and the National Association of Television Production Executives (NATPE); and is on the Royal Television Society Education Committee.

Jon studied the Learning, Leadership and Policy EdD.  The EdD programme, which carries the same status as a PhD, is designed for ambitious, mid-career education and training professionals whose work requires them to have a high level of research capability.