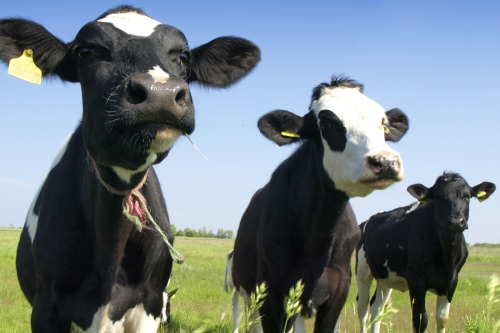 The Bristol Veterinary School at the University of Bristol and the Royal Agricultural University (RAU) have joined forces this month [February] to stage two workshops which aim to shape new agricultural policies.

The events, held at the RAU, will be informed by research undertaken by the Bristol Veterinary School. It will be attended by farmers who have participated in the work, along with stakeholders and policy makers from the agricultural sector; including industry organisations, Government, retailers and agricultural consultants.

David Main, Professor of Production Animal Health and Welfare at the RAU, said: "Bristol Veterinary School and the Royal Agricultural University (RAU) are collaborating to produce these workshops, which are aimed at policy makers involved in shaping new agricultural policies of Government, industry and other organisations in the sector."

The first workshop on Friday 9 February explored the role of farmer-led initiatives in developing innovative technical and policy solutions. The University of Bristol and the RAU have been working with laying hen, dairy and sheep farmers across the UK and the EU to examine the effectiveness of the farmer-led approach. In the UK, spreading best practice amongst farmers has often depended upon education and other knowledge transfer approaches; a top-down approach which is becoming less effective. The workshop will explore the potential of utilising farmers' expertise to inform policy.

Using this approach, dairy farmers supplying a major retailer were able to develop their own policy for reducing antibiotic use; networks of laying hens farmers in five EU countries have tested innovative husbandry changes to improve laying hen health; and dairy and sheep farmers have developed new methods of assessing and communicating their pride in animal welfare.

After presentations of the relevant research from the University of Bristol, industry organisations and participating farmers, the primary focus of both meetings will be facilitated workshops that will explore the opportunities and potential responsibilities for developing these ideas further with industry, Government and other organisations.

The policy reports which frame the workshops are available here:

The future of farming policy in the UK: giving farmers a voice in development and delivery
and
Reaping the rewards from UK leadership in farm animal welfare: time for a national strategy

Professor Main joined the RAU in January 2018, having previously worked at the University of Bristol. David is a veterinary surgeon and specialist in animal welfare with an international reputation for his knowledge exchange research.

He said: "I am excited to be joining RAU which has an established reputation in bridging the gap between science and practice.  The policy challenges facing agriculture and the availability of new technological advances means that RAU has an exciting contribution to the future UK farming."