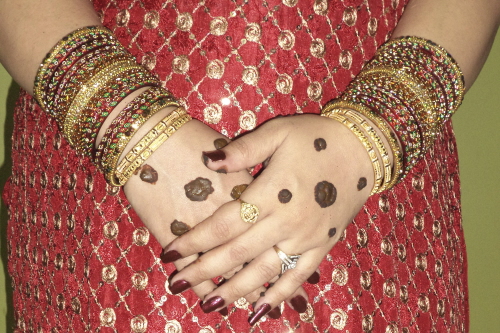 More than 2.6 million stillbirths continue to occur globally every year with very slow progress made to tackle this ‘silent problem’, according to new research published in The Lancet.

Despite significant reductions in the number of maternal and child deaths, there has been little change in the number of stillbirths (in the third trimester of pregnancy) even though the majority are preventable. The Ending Preventable Stillbirth Series, comprising five papers, was developed by 216 experts from more than 100 organisations in 43 countries, including University of Bristol academics Drs Dimitrios Siassakos and Christy Burden.

The research series states the annual rate of reduction for stillbirths is 2.0 per cent, much slower than progress made for maternal (3.0 per cent) and child deaths (4.5 per cent).  It also reveals the hidden consequences of stillbirth, with more than 4.2 million women living with symptoms of depression, often for years, in addition to economic loss for families and nations.

Stillbirths remain a problem in high income countries (HIC) where variations in stillbirth rates across countries and large equity gaps persist. In high-income countries, a woman living under adverse socioeconomic circumstances has around twice the risk of having a stillborn child when compared to her more advantaged counterparts. Stillbirth rates for women of south Asian and African origin giving birth in Europe or Australia are two to three times higher than white women. Stillbirth in disadvantaged women can be addressed through education and alleviation of poverty, as well as improved access to health care, especially timely, culturally appropriate antenatal care.

UN Secretary-General, Ban Ki-moon, said: “Childbirth is one of the most risky moments of life for both mothers and babies. We must make a global push to eliminate the tragedy of the millions of mostly preventable stillbirth deaths that occur every year. That is why a focus on a continuum of care, from family planning through pregnancy to birth and beyond into childhood and adolescence, is a key element of the Every Woman Every Child movement and the Global Strategy for Women's, Children's and Adolescents’ Health.”

Dr Alexander Heazell, Maternal and Fetal Health Research Centre, St Mary’s Hospital, Manchester and Dr Dimitrios Siassakos, Consultant Senior Lecturer in Obstetrics from the University’s School of Clinical Sciences, highlight the often underappreciated implications of stillbirths on parents, families, health-care providers and societies worldwide [paper 3].  They estimate that 60–70 per cent of grieving mothers in high income countries (HIC) reported grief-related depressive symptoms that they regarded as clinically significant 1 year after their baby’s death. In about half of cases, these symptoms endured for at least four years after the loss. If these figures are extrapolated to the 2·6 million women who had a stillbirth globally each year, an estimated 4·2 million women are living with depressive symptoms after stillbirth. Stigma was particularly evident in low and middle income countries (LMIC), in cultures where talking about death is taboo, and where the dead baby was not yet deemed to be a person. In these contexts, mothers’ accounts suggested that they suppressed grief in public, instead choosing to deal with the emotions privately and alone.

Dr Siassakos said: “To end the preventable harm to families after stillbirth, we must educate parents about the signs and symptoms of stillbirth and increase awareness it is not rare. We must develop, implement and evaluate inter-professional training programmes for staff who care for bereaved parents. We must educate governments and society globally that a couple of interventions - financial support for funerals and maternity/paternity leave after stillbirth - will significantly ameliorate the impact of stillbirth. Any efforts to investigate and improve care after stillbirth will have multiple return on investment, by also helping improve care after early and late miscarriage, termination of pregnancy for fetal abnormality, and early neonatal death.”

Even though the promotion of women’s and children’s health inherently includes the prevention of stillbirths, intentional efforts are necessary to address stillbirth since progress has lagged behind. Thus the authors propose three ways to effectively and appropriately incorporate stillbirths in post-2015 initiatives for women’s and children’s health in order to meet the full potential of efforts. These criteria include: acknowledge the burden of stillbirths; address actions needed to prevent stillbirths with antenatal and intrapartum care; and monitor stillbirths with a target and/or outcome indicator. The paper highlights the already agreed goals, targets and indicators including the Every Newborn Action Plan [1], calling on every country to achieve a rate of 12 stillbirths or fewer per 1000 total births by 2030. In addition, the authors highlight a number of important milestones related to family planning, antenatal care, care during labour and birth, post-mortem, respectful bereavement and supportive care and reducing stigma as well as improved monitoring and research in this area.

The authors of the Series said: “As the use of the Millennium Development Goals came to an end in 2015, 2016 must be a turning point for ending preventable deaths—stillbirths, and maternal, newborn, and child deaths.  One of the most important contributions to ending preventable stillbirths will be the intentional incorporation of stillbirths into global, regional, and national policy frameworks for women’s and children’s health.”

They concluded: “Every Woman Every Child [4] has called for prioritization of stillbirths post-2015 but stillbirth prevention and response will need to be done differently to reach the full potential of 2030 with 126 million more mothers and children alive, including 21 million stillbirths prevented.”

One of the aims for 2020 is to develop international consensus on what consists respectful bereavement care, and Dr Dimitrios Siassakos from the University of Bristol is leading this initiative together with co-authors from the Lancet Series. The team is also leading initiatives to optimize maternal weight, improve perinatal mortality reviews, develop and provide bereavement care training to maternity staff, and eliminate the stigma and fatalism surrounding stillbirth; all identified by the Series as critical actions in high-income countries - including the UK.

The Ending Preventable Stillbirth Series was developed by 216 experts from more than 100 organisations in 43 countries and comprises five papers. The research provides compelling evidence of the preventability of most stillbirths, forming the basis for action from parents, health care professionals, and politicians. It follows the research group’s 2011 series on stillbirths also published in The Lancet.

[1] Every Newborn Action Plan
[2] The Lancet Stillbirths Series 2011
[3] WHO Global Strategy for Women’s, Children’s and Adolescent’s Health 2016-2030
[4] Every Woman Every Child is a multi-stakeholder movement to implement the United Nations’ Global Strategy for Women’s, Children’s and Adolescents’ Health that was launched by the UN Secretary-General in September 2015 in support of the Sustainable Development Goals framework.