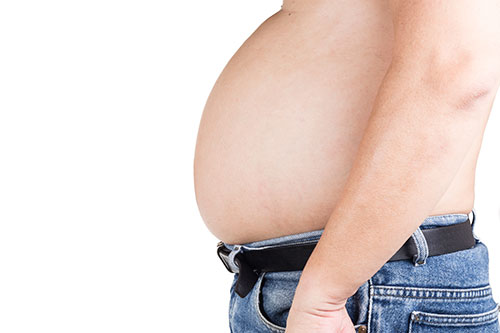 Clinical researchers at the University of Bristol are studying treatment options for obesity, after a survey on behalf of National Institute for Health Research (NIHR) found more than four in 10 people in the West have noticed an increase in local obesity levels in the last five years. Despite the findings, the same survey shows that around three-quarters of the public in this region have a clear understanding of the most important causes of obesity: overeating and lack of exercise. This suggests that with obesity levels in the UK having almost trebled in the last 30 years, public understanding is not solving the problem.

“We’ve talked about diet and exercise for a long time. This survey shows the message is getting through, but statistics tell us the impact is negligible.

“People need more options. Clinical research is playing a vital role in developing better and more cost effective treatments for people who are obese. It is also looking at the reasons for weight gain, which can help us address long-term solutions for the causes and development of the condition.”

The By-Band-Sleeve study, coordinated from the Clinical Trials and Evaluation Unit at the University of Bristol and funded by the NIHR, is underway in 11 hospitals around the country, seeking to address some of these issues.

Current national guidelines recommend that, following a care pathway, surgery is considered for people with severe and complex obesity. This surgery is known as bariatric surgery. Three of the most common types of bariatric surgery operations are: the adjustable gastric band (‘Band’), the Roux-en-Y gastric bypass (‘Bypass’), and the gastric sleeve (‘Sleeve’).

At the moment, health professionals do not know which of these three operations is the most effective for long-term weight loss and improvement of health problems and quality of life.

Choice of surgery is based on a combination of clinical opinion and patient choice. Professor Jane Blazeby, the chief investigator for the By-Band-Sleeve study, believes this way of working needs to change.

She said: ‘We want to give advice to patients based on clinical evidence, not personal opinion. We need to know which operation is most effective and who it’s most effective for. Based on that information, we can make informed decisions about which type of surgery to recommend, safe in the knowledge it is the most cost effective choice for the NHS.

‘In the UK, the NHS conducts around 6,000 bariatric operations a year. That may seem a lot, but when you consider there are 1.3 million people here who are morbidly obese, it puts this number into perspective. Bariatric surgery may be an option to help a great many more people to lose weight and improve their health and quality of life, combined with an active change in eating and lifestyle.

‘By-Band-Sleeve is the largest study of its kind into bariatric surgery worldwide and it is a complex and long term project. The clinical trials expertise in Bristol is second none and it’s helping us change the way we go about applying this kind of research to surgery.’         .

To find out more about the clinical research into obesity being supported by the National Institute for Health research, visit www.BIGchallenge.nihr.ac.uk.

1. Survey of 3,000 members of public in England conducted by Atomik Research on behalf of the National Institute for Health Research Clinical Research Network. Data provided here reflect findings for West of England (109 responses).

In the West, 43 per cent of those asked agreed with the statement `in the last five years, I have noticed a rise in obesity levels in my area.’ This compares to 40 per cent taken as a national average. When asked `which three of the following most increase your chances of becoming obese?’ respondents in the West identified `overeating’ (82 per cent) and `lack of physical exercise’ (73 per cent). National averages for these were 75 per cent and 72 per cent respectively.

Adults who are referred for bariatric surgery at any of these hospitals can take part in the study. Patients are given some information to read about the study and the chance to discuss it with the health professionals on the team. Those who agree to take part will have an equal chance of being assigned a gastric band, a gastric bypass, or a gastric sleeve. This allows the three types of operations to be compared in a balanced way. Participants will be told which operation they have been assigned to weeks before their actual operation date. It is planned that 1341 patients will take part in the study in total.

The study is coordinated from the Clinical Trials and Evaluation Unit at the University of Bristol and University Hospitals Bristol NHS Foundation Trust and involves a team of experts, including researchers from the universities of  Birmingham, Oxford, and Southampton, and health professionals from each of the study hospitals. The study started in 2012 and will run for approximately eight years, until the final patient has completed follow-up.

Funding: the study is funded by the National Institute for Health Research Health Technology Assessment Programme (ref: 09/127/53). Any views or opinions expressed are those of the authors and do not necessarily reflect those of the HTA programme, NIHR, NHS or the Department of Health.

3. About the NIHR Clinical Research Network

The NIHR Clinical Research Network is part of the National Institute for Health Research. We provide researchers with the practical support they need to make clinical studies happen in the NHS, so that more research takes place across England, and more patients can take part. This practical support includes: reducing the “red-tape” around setting up a study; enhancing NHS resources, by funding the people and facilities needed to carry out research “on the ground”; helping researchers to identify suitable NHS sites, and recruit patients to take part in research studies; advising researchers on how to make their study “work” in the NHS environment.

The National Institute for Health Research (NIHR) is funded by the Department of Health to improve the health and wealth of the nation through research. Since its establishment in April 2006, the NIHR has transformed research in the NHS. It has:

The NIHR plays a key role in the Government’s strategy for economic growth, attracting investment by the life-sciences industries through its world-class infrastructure for health research. For further information, visit the NIHR website (www.nihr.ac.uk).