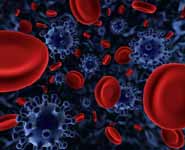 New research by academics in the University of Bristol's School of Clinical Sciences has investigated if nerve growth factor (NGF) gene therapy can prevent diabetic heart failure and small vascular disease in mice.

The study by Professor Costanza Emanueli, British Heart Foundation Senior Research Fellow and colleagues of the Bristol Heart Institute in the Regenerative Medicine Section of the School of Clinical Sciences at the University of Bristol is published online in Diabetes, which is the journal of the American Diabetes Association.

Scientists believe that NGF has a protective effect on the cardiovascular system but the possibility that cardiac NGF gene therapy could prevent diabetes-induced heart failure has not been previously studied.

The team investigated whether increasing the myocardial level of NGF by using adeno-associated viral (AAV) vectors could prevent the diabetic heart from failure.  AAVs are small non-enveloped, single-stranded DNA viruses that can potentially infect all cell types.  They exist in different forms, allowing to better target different cells for gene therapy, including after AAV injection in a vein.  Importantly, at variance from more popular viral vectors, AAVs allow for virtually permanent increased level of a therapeutic protein.

Professor Emanueli said: “Our study represents a major advance in tackling heart disease in diabetics, a leading cause of death in the western world.  It also represents one important step forward in our goal for translating NGF-based therapies in cardiovascular patients.

“The critical scientific finding from our research is that diabetes reduces cardiac level of NGF.  Most importantly, engineering the diabetic heart with AAVs to make it produce NGF can prevent heart failure.”

Professor Jeremy Pearson, Associate Medical Director at the BHF, added: “Targeted gene therapy is now becoming a realistic prospect for several human diseases.  This study suggests that there is real promise for NGF gene therapy in future to alleviate heart failure in diabetic patients - a major and often fatal complication of their disease.”

Murine NGF mRNA expression in the heart was measured by real-time RT-PCR in mice at 12 weeks of diabetes or controls.  In separate experiments, at two weeks of diabetes, cardiac expression of human NGF or the AAV control β-Gal genes was induced by either intra-myocardial injection of adeno-associated virus vectors serotype 2 (AAV2) or systemic injection of AAV9, which is especially able to target cardiac cells.  Non-diabetic mice received AAV2-β-Gal or AAV9-β-Gal.

The research results suggest that NGF gene therapy might have a tremendous therapeutic potential for the treatment of diabetic cardiomyopathy and encourage further translational efforts for the final benefit of diabetic patients.

However, before this gene therapy approach can be trialled in patients, additional pre-clinical studies need to be performed in order to verify not only the efficiency and the safety of AAVs-mediated NGF in type 1 diabetes, but also to find the most efficient AAV serotype, as well as the optimal dose and delivery route to be used.

The study was funded by a grant from the European Federation for the Study of Diabetes (EFSD)/JDRF/Novo Nordisk European Programme in Type 1 Diabetes Research and by a British Heart Foundation (BHF) senior research fellowship to Professor Costanza Emanueli.

Costanza Emanueli is a British Heart Foundation Basic Science Senior Research Fellow and Professorial Research Fellow in Vascular Pathology & Regeneration in the School of Clinical Sciences, Section of Regenerative Medicine and Bristol Heart Institute at the University of Bristol.

The Bristol Heart Institute (BHI) was founded in 1995 and, based on its success, has expanded substantially. The BHI consists of over 200 researchers and clinicians, located in the University of Bristol and across Bristol NHS Trusts, who are united in the mission to translate basic scientific research into novel clinical practice thereby improving patient outcome and care. It brings together internationally respected experts from many disciplines of cardiovascular science and disease. Indeed, the BHI is now an internationally recognised centre of excellence for performing interdisciplinary cardiovascular research that takes basic science discoveries into the clinic.

As well as improving collaboration between scientists and clinicians within the BHI, and improving medical treatment of cardiovascular diseases, it also aims to communicate its research findings to the public.