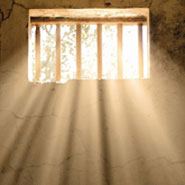 Innocent people are still languishing in prison despite a publicly funded body that was set up to assist them to overturn their wrongful convictions. The Innocence Network UK (INUK) calls today for the reform of the Criminal Cases Review Commission (CCRC) — the last resort for innocent victims of wrongful conviction.

Innocent people are still languishing in prison despite a publicly funded body that was set up to assist them to overturn their wrongful convictions. The Innocence Network UK (INUK) calls today for the reform of the Criminal Cases Review Commission (CCRC) — the last resort for innocent victims of wrongful conviction.

Fifteen years on since the Criminal Cases Review Commission was established following a recommendation of the Royal Commission on Criminal Justice in the wake of notorious cases such as the Birmingham Six and the Guildford Four, a growing mountain of cases is emerging that reveal the CCRC is not fit for the purpose of helping the innocent to overturn their wrongful convictions.

Since its establishment in September 2004, the Innocence Network UK (INUK) has received over 1,000 requests for assistance from alleged innocent victims of wrongful conviction. It has deemed 200 (20 per cent) to have a plausible claim of innocence, over half of whom have already been refused a referral back to the Court of Appeal by the CCRC at least once.

The CCRC has referred less than 4 per cent of the 13,000 plus applications that it has received from alleged victims of wrongful convictions.

The CCRC was meant to ensure that victims of miscarriages of justice have their cases investigated and referred back to the appeal courts if it is thought that the applicant is or might be innocent. However, the law that established the CCRC requires it to only refer cases if it believes that there is a real possibility that the conviction will be quashed.

As a result, only very few applicants fortunate enough to have fresh evidence that was not available at the time of the original trial or first appeal that is thought to undermine the safety if their convictions will have their cases referred. This leaves the vast majority of applicants unable to obtain a referral back to the courts even though the circumstances that led to their convictions are dubious and they might well be innocent.

A Public Statement issued by the Innocence Network UK (INUK) as part of the Joseph Rowntree Reform Trust-funded project details the key failings of the Criminal Cases Review Commission and its recommendations for reforms so that it can better assist the innocent.

This includes the immediate repeal of the ‘real possibility test’ under s.13 of the Criminal Appeal Act 1995 to be replaced with a test that allows the Criminal Cases Review Commission to refer a conviction back to the Court of Appeal if, after considering all the evidence, it thinks that the applicant is or might be innocent.

Dr Michael Naughton, Founder and Director of the Innocence Network UK (INUK) and Senior Lecturer in the University of Bristol Law School and School of Sociology, Politics and International Studies (SPAIS), said: “Unless the operations of the Criminal Cases Review Commission are drastically reformed innocent people will continue to be let down by the body that Parliament set up to assist them.”

The reforms proposed, aimed at making the CCRC a more adequate body to assist the innocent, would also potentially save millions of pounds from the public purse by shortening the length of time that those wrongly incarcerated might otherwise spend in prison. The average costs to taxpayers for each year a male prisoner spends wrongly incarcerated are as follows, Category A (dispersal prison): £64, 597, Category B: £34, 359, Category C: £32,109.

The Innocence Network UK (INUK) is a not-for-profit organisation that operates from the School of Law, University of Bristol. It was founded in September 2004 to improve the criminal justice system by overturning and preventing the wrongful conviction of the innocent. It has two core objectives:

INUK communicates the findings from its casework to alleged victims of wrongful conviction, policy makers, third-sector groups, various criminal justice bodies and members of the public. For more information see the INUK website at: http://www.innocencenetwork.org.uk