DNA damage across a cellular barrier depends on barrier thickness 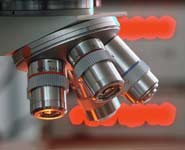 Scientists at the University of Bristol have shown that signalling molecules that damage the DNA of cells grown underneath a barrier are transmitted only when the barrier is more than one layer thick and DNA damage and cytokine release is signalled across the barrier.

Scientists have shown that signalling molecules that damage the DNA of cells grown underneath a barrier are transmitted only when the barrier is more than one layer thick and DNA damage and cytokine release is signalled across the barrier.

The research was carried out by a team at the University of Bristol and colleagues, and is published in Nature Nanotechnology.

The membrane was inserted into a well of a cell culture plate so that it was suspended a few millimetres above the bottom surface where they grew a different type of cell.  The top of the barrier was exposed to nanoparticles and DNA damage was measured in the underlying cells.

Contrary to what the team expected, signalling molecules that damage the DNA of cells grown underneath the barrier were transmitted only across bilayer and multilayer barriers, but not monolayer barriers.

The research team also grew corneal epithelial cells on a membrane, as a monolayer for three days, to determine whether the signalling observed for trophoblast cell barriers was cell-specific.  Similar to the BeWo findings, DNA damage was observed in fibroblasts, the connective tissue cells, below the nanoparticle-exposed bilayered barriers, but not below monolayered barriers.

Dr Patrick Case, Consultant Senior Lecturer in Orthopaedic Surgery and Pathology in the School of Clinical Sciences and senior author on the study, said: “If the importance of barrier thickness in signalling is a general feature for all types of barriers, our results may offer a principle with which to limit the adverse effects of nanoparticle exposure and offer new therapeutic approaches.”

Dr Aman Sood, Research Assistant in the School of Clinical Sciences and lead author on the paper, said: “We wanted to test whether these indirect effects of nanoparticles might vary for different types of barrier.  Using in vitro, ex vivo and in vivo models, our research has shown that the indirect effects of nanoparticles depend on the thickness of the cellular barrier.

“Bilayered or multilayered barriers allow DNA damaging signalling to cause indirect toxicity, whereas monolayered barriers do not.  Our findings have significant implications for nanotoxicology.”

Cellular barriers offer important protection against particle exposure and exist in several morphological forms within the body.  For example, the corneal epithelial barrier, which together with the tear film prevents pathogens, allergens and irritants from entering the eye, is multilayered.

However, the blood–brain barrier, which restricts the diffusion of microscopic objects such as bacteria into the cerebrospinal fluid, consists of a monolayered barrier of endothelial cells supported by astrocytic end feet.  The placental barrier regulates the exchange of substances between the fetal and maternal blood and alters in appearance during pregnancy.

The findings suggest that nanoparticles can cause indirect DNA damage in vitro across trophoblast and corneal barriers, and cause cytokine and chemokine release across corneal barriers.

The research team has shown that indirect toxicity is possible in mice and from human placental tissue.  The results suggest that signals for DNA damage can cross cell barriers through a pathway that involves gap junctions. However, the common theme is that these types of signalling were noted only when the barriers were bilayered or multilayered.  If this is a general feature for all barriers it offers a principle to apply to nanotoxicity that may not only limit the adverse effects of nanoparticle exposure but may also offer some novel therapeutic possibilities.

This project has been supported by the Wellcome Trust and by a grant from the Medical Research Council.

Drs Patrick Case and Aman Sood wish to thank their colleagues in the research team at the University’s School of Clinical Sciences, School of Physiology and Pharmacology, Bristol Heart Institute, School of Cellular and Molecular Medicine, Department of Histopathology at Southmead Hospital and the Bristol Musculoskeletal Research Unit for their work on the paper.