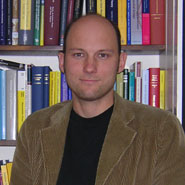 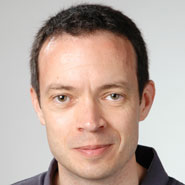 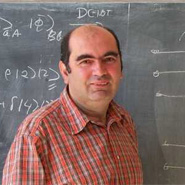 Professor Jens Marklof in the School of Mathematics has been awarded €1.3 million for research on ‘Homogeneous Flows and their Application in Kinetic Theory’.

Professor Andrew Orr-Ewing in the School of Chemistry has been awarded €2.66 million for his project ‘Chemical and Photochemical Dynamics of Reactions in Solution’.

Professor Sandu Popescu in the School of Physics has been awarded  €1.66 million for his project ‘Nonlocality in Space and Time (NLST)’.

Professor Jens Marklof works on macroscopic transport equations which lie at the heart of important physical theories such as fluid dynamics, condensed matter theory and nuclear physics.  The derivation of such macroscopic equations from the fundamental microscopic laws of classical and quantum mechanics has been a major challenge for mathematical physics for the past 150 years.

The characterisation of chaos and randomness in microscopic dynamics is one of the central objectives of Professor Marklof’s research.  His ERC-funded project will build on his recent breakthrough in the case of the Lorentz gas – an electron gas travelling through a crystal, where the atoms of the crystal are arranged at the vertices of a cubic lattice.  Together with Andreas Strombergsson at Uppsala University, he found that the randomness created by the collisions at the crystal lattice determines the evolution of a macroscopic electron cloud, thus solving a puzzle posed by Dutch physicist Hendrik Lorentz more than a century ago.

Professor Andrew Orr-Ewing studies chemical mechanisms in liquid solvents, an essential medium in which many important chemical reactions take place.  Over the course of a chemical reaction in solution, the solvent molecules continually exchange energy with the reacting molecules through collisions, and the intervals between these collisions are typically as short as ~100 femtoseconds (there are one million billion femtoseconds in one second).  Experimental study of the role of the solvent on a reaction therefore requires measurements to be made on timescales that are competitive with the collisions with solvent molecules.

The ERC grant will enable Professor Orr Ewing and his research group to establish a laboratory equipped with ultrafast lasers (with pulse durations as short as 50 femtoseconds) operating at wavelengths spanning the infra-red, visible and ultra-violet regions of the spectrum.  These lasers will be used to follow reactions in solution in real time, so that an in-depth understanding can be developed of how the solvent influences the reaction pathway.

Professor Sandu Popescu’s grant will fund his research on the foundations of quantum mechanics, the theory physicists believe describes everything in nature.

With predictions such as the fact that any small particle (such as an atom) can be in two places at the same time, the story quantum mechanics tells us is so remote from our everyday experience that it looks – and is – deeply mysterious.  Over the years scientists have learned to live with these bizarre ideas and even harness them for practical purposes.  However more than 80 years since its discovery, quantum mechanics remains as mysterious as ever.

Professor Popescu said: “The fact that so often one discovers seemingly paradoxical new quantum effects is a signature that a deep and intuitive understanding is still missing.”  His research is on quantum non-locality, arguably the most paradoxical of all these effects – and the one with potentially the most powerful applications.

Earlier this year Professor Popescu was awarded the John Stewart Bell Prize, the most prestigious prize in quantum mechanics, for his ‘enormous contributions’ to the subject.

Professor Jon Keating, Dean of the Faculty of Science said: “I am delighted that three Bristol researchers have been so successful in winning ERC funding.  This represents a considerable achievement both for the individuals concerned and for the Faculty which has been consistently recognised as one of the UK's premier centres of internationally excellent research.”

ERC Advanced Grants allow exceptional established research leaders of any nationality and any age to pursue ground-breaking, high-risk projects that open new directions in their respective research fields or other domains.

The ERC Advanced Grant funding targets researchers who have already established themselves as independent research leaders in their own right.