Extent of kinship revealed for first time: poverty and deprivation common amongst ‘invisible’ group of children 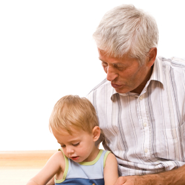 A major study reveals for the first time the number of children being brought up by a relative instead of their mother or father. The BIG lottery-funded research is published today [16 June] by children’s charity Buttle UK and the University of Bristol.

A major study reveals for the first time the number of children being brought up by a relative instead of their mother or father.  The BIG lottery-funded research is published today [16 June] by children’s charity Buttle UK and the University of Bristol.

‘Spotlight on Kinship Care’ is the first study to quantify the number of children being looked after by family members in England, Scotland, Wales and Northern Ireland and is based on data from the 2001 Census.  It shows that around 173,200 children were being raised by family members. This is equal to one in every 77 children in the UK.  Cities had higher rates of kinship care, and in Bristol one in every 59 children was brought up by a relative. The report’s authors believe that this figure will have increased significantly in the last ten years.

Buttle UK is now calling on local authorities with responsibility for children’s services to use the study to inform their Families and Friends Care policies due in September 2011.

The study found that more than 90 per cent of ‘kinship care’ arrangements in each region were informal agreements between parents and relatives, and carers were therefore not entitled to financial support from social services. Poverty was a recurrent feature; 44 per cent of kinship families were living in the poorest areas of the country.

Gerri McAndrew, Chief Executive of Buttle UK, said: “Kinship carers are an invisible population who have little contact with social services. This report shines a light, for the first time, on this hidden group who play a critical role in raising a generation of children and young people with little assistance, financial or otherwise. Even in these economically difficult times we owe it to these families to give them the support they need.

“Our analysis provides a snapshot of the issue in 2001, but the number of children affected is already significantly higher partly due to changes to the nature of the family, increasing levels of problem drug and alcohol use, and legislation that encourages the placement of children with family.  Kinship care is a positive solution for many children and is vital that local authorities plan for the needs of these children to improve their life chances.”

The report is the first phase of a two-part study produced by Buttle UK and the Hadley Centre for Adoption and Foster Care Studies at the University of Bristol’s School for Policy Studies, and paid for by the Big Lottery Fund.

The study also revealed that in England, Scotland and Wales, the majority of children in kinship care were living with their grandparents, with the highest rate of grandparent care being in Wales (66 per cent), where more than 40 per cent also had a long-term illness or disability.  In Northern Ireland, however, half (49 per cent) of all the kinship care children were being cared for by a sibling.

The study also found that in England:

Dr Julie Selwyn, Director of the University's Hadley Centre for Adoption and Foster Care Studies, and co-author of the report, added: “This study shows, for the first time, the level of poverty and disadvantage in kinship families. This information will provide a much better basis for planning policy and services than anything previously.  If the government is going to meet its targets to reduce child poverty, children in kinship care need to be recognised as a group with specific and considerable needs.”

Paul is 24 years-old. He lives in central London and has raised his six brothers and sisters, aged 8-18, since he was 22.  Paul’s family were taken away from his mother following accusations of neglect.  The family were separated and spent two months in care in the run up to Christmas.  Paul then decided he would fight the courts for the right to care for his family.

Paul says: “It is a big responsibility but I’m not a stranger, I’m their eldest brother and the only consistent adult in their lives. I had to give up my job to look after them so it’s difficult and money is an issue but we’re all alive, we all eat and there are few moments of madness. Things will get tighter as the family grows older but for now everyone is still in school and we’re all together as a family and that’s what matters.”

Sir Mark Potter, former Head of Family Justice and Chair of the Research Steering Group says: “This is a very important piece of groundbreaking research. It identifies and provides basic and essential information in relation to a large group of children of whom far too little is known within the field of child care and who generally do not receive the support which they need and deserve. I hope it will provide much needed impetus for action to improve their circumstances and their chances in adult life.”

For a full version of the report visit the University's Hadley Centre for Adoption and Foster Care Studies website.

The Hadley Centre for Adoption and Foster Care Studies, based in the School for Policy Studies at the University of Bristol, aims to promote best practice in the field of adoption, fostering and family and friends care by linking research, practice and training in order to improve children’s developmental outcomes and give children a stable family life.

The Hadley Centre was established in October 2000 through the generous funding of the Hadley Trust.