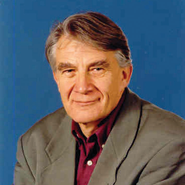 Professor Ron Johnston, FBA from the University of Bristol's School of Geographical Sciences has been awarded an OBE in the Queen’s Birthday Honours for his services to scholarship.

Professor Ron Johnston, FBA from the University of Bristol has been awarded an OBE in the Queen’s Birthday Honours.

Professor Johnston, a professor of Geography, has become an Officer of the Order of the British Empire [OBE] for his services to scholarship.

The accolade recognises Professor Johnston’s research into electoral and political geography, urban social geography, and the history of human geography.

He has honorary degrees from the University of Essex (DU, 1996), Monash University (LLD, 1999), the University of Sheffield (DLitt, 2002) and the University of Bath (DLItt, 2005). He has twice been honoured by the Royal Geographical Society for his research achievements (Murchison Award, 1985; Victoria Medal, 1990), and by the Association of American Geographers first in 1991 and then in 2009 he received their Lifetime Achievement Award. In 1999 he was elected a Fellow of the British Academy and a Foundation Academician of the Academy of the Learned Societies in the Social Sciences, and was awarded the Prix Vautrin Lud by the Festival Internationale de Géographie. He was a co-editor of two major journals – Progress in Human Geography and Environment and Planning A – between 1979 and 2006.

Professor Johnston said: “This is a massive honour, which I am humbled to receive. I am extremely grateful to all those with and for whom I have worked for their support over some fifty years – not least all my colleagues at Bristol who have made the last sixteen years such an enjoyable experience.”