Even mild stress is linked to long-term disability 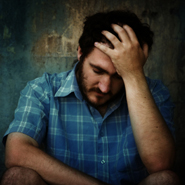 Even relatively mild symptoms of psychological stress can lead to long-term disability, reveals a large population-based study led by academics at the University of Bristol in collaboration with the Karolinska Institutet, Stockholm. The research is published online today in the Journal of Epidemiology and Community Health.

Even relatively mild symptoms of psychological stress can lead to long-term disability, reveals a large population-based study led by academics at the University of Bristol in collaboration with the Karolinska Institutet, Stockholm. The research is published online today in the Journal of Epidemiology and Community Health.

It is well known that mental illnesses are associated with long-term disability, but the impact of milder presentations of stress may have been underestimated, say researchers from the University’s School of Social and Community Medicine.

The research team tracked the health of more than 17,000 working-age adults up to the age of 64 between 2002 to the end of 2007, who had been randomly selected from the population in the Stockholm area.

All participants completed a validated questionnaire (GHQ-12) at the start of the study to measure their stress levels. Other aspects of health and wellbeing were also measured.

During the study period, 649 people started receiving long-term disability benefits, 203 for a mental health problem and the remainder for physical ill health.

Higher levels of stress at the start of the study were associated with a significantly greater likelihood of subsequently being awarded these long-term disability benefits.

Even people with mild stress were up 70 per cent more likely to receive these long-term disability benefits, after taking account of other factors likely to influence the results, such as social status, health problems, lifestyle and alcohol intake.

Dr Dheeraj Rai, lead author and clinical lecturer at the School of Social and Community Medicine, University of Bristol, said: “We know conditions such as depression and anxiety disorders are very disabling. But in a lot of people stress-related symptoms are not severe enough to meet the thresholds to be diagnosed with these conditions. The study found that these people were also at an increased risk of long-term disability.”

It is important to consider these findings in the context of modern working life, which places greater demands on employees, and social factors, such as fewer close personal relationships and supportive networks.

These factors lead them to ask, ‘Are the strains and demands of modern society commonly exceeding human ability?’

They conclude that mild presentations of stress are often seen as unimportant, and while it is important not to overmedicalise, their findings suggest that these should be taken more seriously than they are.

Dr Rai added: “Our research focuses on a group of people with stress-related symptoms that are not considered severe enough in terms of clinical practice, research, or in policy. The study highlights the blurred boundaries between thresholds used to differentiate between being ‘normal’ as opposed to having ‘a disorder’.

“We certainly do not advocate these people to be labelled with a new diagnosis, but we ought to know more about what, if anything can be done to reduce risks of them transitioning into long-term disability.”

The paper ‘Psychological distress and risk of long-term disability: population-based longitudinal study’ is published online in the Journal of Epidemiology and Community Health.