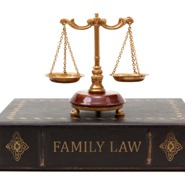 A new study of how the parents of children in care proceedings are represented has provided the first detailed findings for 20 years. The research, led by academics at the University of Bristol and published today, addresses some of the key issues around the operation of the care proceedings process.

A new study of how the parents of children in care proceedings are represented has provided the first detailed findings for 20 years. The research, led by academics at the University of Bristol and published today, addresses some of the key issues around the operation of the care proceedings process.

With further reform of the family justice system about to be announced, the study, carried out by researchers from the University’s School of Law and funded by the Economic and Social Research Council (ESRC), provides a new in-depth account of court processes in care proceedings, which has been subject to a series of recent but unsuccessful reforms aimed at reducing their length.

Care proceedings are brought by local authorities when they have serious concerns about children’s care that are unable to be resolved by agreements with parents. Neglect is a common feature, and many parents’ lives are marked by substance abuse, domestic violence and mental health difficulties. Parents are represented in court by lawyers funded through legal aid; the cost and duration of these proceedings has led to procedural reforms and the introduction of fixed fees for solicitors.

Led by Julia Pearce and Professor Judith Masson, the study was conducted in four court areas of England and Wales. Researchers explored the work of lawyers representing parents in care proceedings through observations of over 100 court hearings, including almost all of the hearings for 16 case studies, and over 60 research interviews with solicitors, barristers, judges and magistrates’ legal advisers.

Their findings reveal that the courts rely very heavily on the parties’ lawyers. In theory proceedings are controlled by the judge but in practice most issues are negotiated between the parties’ lawyers. Despite the official procedures, this occurs because judges do not feel they are sufficiently well prepared to make decisions, trust the lawyers who appear before them and prefer that cases proceed by agreement.

Professor Masson, said: “A major reason for the failure of these reforms has been inadequate understanding of the way the system operates by those who designed the new procedures.”

Changes to legal aid in 2007 mean that solicitors are generally paid a fixed fee for this work. This and the limited number of lawyers who do this work led to solicitors taking on more cases than in the past. The way parents are represented is changing as a consequence. It is becoming less personal in some cases, with different lawyers appearing in court for parents at each hearing.

Professor Masson added: “For example, Bernie, one of the parents whose case we followed in the research, was represented by five different lawyers during the proceedings.

“Not only is lack of continuity stressful for parents it leads to cases taking longer and costing more.  Lack of continuity is not just a problem for parents’ representation in care cases. There is frequently little judicial continuity.  In Bernie’s case, which was heard in a family proceedings court, there was a different magistrates’ legal adviser at nearly every hearing. Also the local authority was represented by a series of different lawyers and Bernie’s son had five different social workers during the proceedings.”

The research will inform the Family Justice System Review, commissioned by the Ministry of Justice, the Department for Education, and the Welsh Assembly Government, so that the system achieves its aims of protecting children and vulnerable adults from risk of harm.

The ESRC is the UK's largest organisation for funding research on economic and social issues. It supports independent, high-quality research which has an impact on business, the public sector and the third sector. The ESRC's total budget for 2010/11 is £218 million. At any one time the ESRC supports over 4,000 researchers and postgraduate students in academic institutions and independent research institutes.
Please contact Judith.Masson@bristol.ac.uk for further information.