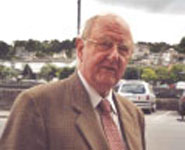 With great sadness we report that Professor Frank Shaw died suddenly and unexpectedly on 5 March.

Professor Shaw attended Farnworth Grammar School from 1939 to 1946, then read French and German at the University of Manchester, taking his BA in 1950 and his MA in Medieval German in 1951. After two years in the Intelligence Corps (1951-1953), spent mainly in Vienna taking delighted advantage of the city’s opera houses and theatres, in 1954 Professor Shaw took up a British Council scholarship at the University of Münster (Germany). He then spent eleven years (1956-1967) as English Lektor at the University of Bonn, where he did his doctorate on the Kaiserchronik (The Book of Emperors and Kings) under the distinguished medievalist, Professor Karl Stackmann. He took up his post in the German Department at Bristol in 1967 and remained at the University until his retirement in 1994, when he was made a Senior Research Fellow. He was also Visiting Lecturer in the History of the German Language at the University of Cambridge from 1995 to 1998.

Professor Shaw’s expertise lay in the language and literature of medieval Germany, which he taught with great success at Bristol, building up the Department’s reputation for Medieval Studies and in the process consolidating a formidable international reputation as a scholar, one particularly respected in Germany itself. In Bristol he established a lively interdisciplinary Medieval Society; and for younger colleagues in the German Department and Arts Faculty he was a benign, interested and encouraging presence, always willing to share his considerable knowledge but never patronising. In 1980 he was a founding member of the Bristol Anglo-German Society, which he served as President from 1992 onwards. From 1982 he was Treasurer and Trustee of the Bristol Scheme Trust, a charity founded by the Bristol Anglo-German Society to help young people to live and work in Germany. In 2001 Professor Shaw was awarded the Bundesverdienstkreuz (Cross of the Order of Merit of the Federal Republic of Germany) for his work in furthering good relations between Germany and the United Kingdom.

Professor Shaw’s research focused on historical chronicles, a field of study in which he was an internationally recognized expert. He continued researching long after retirement; indeed, his 80th birthday was marked by the publication of the crowning achievement of a life of meticulous scholarship: an edition of the lengthy, complex and in places scurrilous World History by the 14th-century German author Heinrich von München. However, his was no narrow mind. On the contrary, his interests ranged widely and he published articles on topics as diverse as the Brothers Grimm; the actor David Garrick in Bristol; Pope Silvester II, moving statues and the noonday demon; chronometry; the anarchist thinker John Henry Mackay; Hans Sachs; and Dracula.

Professor Shaw was a brilliant lecturer of great verve and presence. Whilst he excelled at scholarly papers, impressing through his painstaking scholarship and ability to fuse detail and close reading into a broader, illuminating whole, he also possessed an eye for unusual, even quirky, topics and a gift for rendering any subject accessible to wider audiences. Whatever the occasion, his talks were invariably stimulating, entertaining and informative, delivered with obvious enthusiasm for his topic and inspiring equal enthusiasm in his audience. Students loved him and responded to his deep love of medieval German language and literature. In particular, his ‘History of the Language’ lectures (in which he baffled and then hooked them by introducing Old High German via Japanese) were enormously popular.

Above all, Professor Shaw was a rare individual who lit up an occasion by his mere presence: benign, generous, loyal, courteous, enduringly curious and intellectually open, great fun to be with, totally committed to his field, a model of distinguished scholarship and possessed of immense and unswerving integrity. He will be very sorely missed.