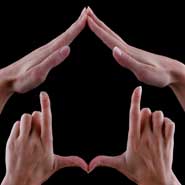 Wide-ranging problems relating to social housing nominations and the knock-on effects on re-housing vulnerable households, including the homeless, are revealed in new research by the University of Bristol.

Wide-ranging problems relating to social housing nominations and the knock-on effects on re-housing vulnerable households, including the homeless, are revealed in new research by the University of Bristol.

The research, funded by the Economic and Social Research Council (ESRC) and led by Professor David Cowan, Dr Morag McDermont with Dr Karen Morgan in the University’s School of Law, has identified problems in the nominations process between local authorities and registered social landlords.

Problems can arise in particular cases where nominations are made by local authorities for re-housing people, whose behaviour and/or life-style might pose problems for social landlords. Further difficulties occur where social landlord policies exclude households from their properties.

A decline in local authority-owned social housing stock has meant that social landlords, classed as independent social businesses, are required to assist in meeting housing needs more than ever before. However, the research indicates that, in some cases, these needs are not being met.

Tensions were found because local authorities are accused of not disclosing to the landlords enough information about households, and the landlords accused of cherry-picking their tenants. This can result, at best, in re-housing delays and, at worst, with households being excluded. Households themselves are often forgotten in the process of negotiating problematic nominations.

Professor Cowan said: “Although we have found old problems remain current in our research, the major finding is that more recent interventions such as choice-based lettings and common housing registers did not solve problematic nominations in our case study areas and may create new problems. These problems can be most significant where a local authority has sold its housing stock to a registered social landlord.”

The research looked at three case study areas in the south and north of England, carrying out interviews with those responsible for nominations and those who negotiated nomination agreements with registered social landlords, local authorities and other organisations with responsibility for care, support and homelessness.

Problematic nominations by David Cowan, Professor of Law and Policy, Morag McDermont, Senior Lecturer and Karen Morgan, Research Assistant at the University of Bristol is available to download at: http://www.bris.ac.uk/law/research/centres-themes/nominations/index.html

The research was in partnership with Shelter, the Local Government Association and the National Housing Federation.