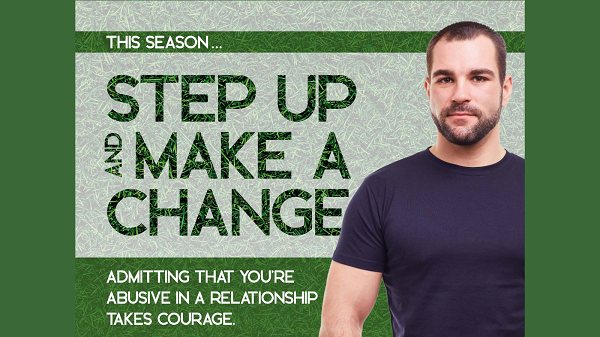 Bristol Rovers, Bath City FC and Newport’s County In The Community, three of the region’s leading football clubs and charitable organisations, are teaming up with University of Bristol researchers to back #ChangeChampions — a new domestic abuse campaign aimed at supporting men who want to change their behaviour in relationships with women.

The campaign, which launches today [15 October], is asking men who are concerned that they are, or have been, abusive in their relationships with women to take part in a 23-week group programme, called REPROVIDE, to help them change their behaviour.

Bristol Rovers, Bath City FC and County In The Community (Newport County AFC) have signed up to support the campaign by helping publicise REPROVIDE across their club and member forums.

Led by researchers from Bristol's Centre for Academic Primary Care in partnership with the charities Barnardo's, Splitz Support Service, NextLink, Phoenix Domestic Abuse Services and Respect, the programme was awarded National Urgent Public Health Priority Status by the National Institute for Health Research [NIHR] due to the increase in domestic violence and abuse during the coronavirus pandemic.

Dr Nathan Eisenstadt, Senior Research Associate in Domestic Violence Perpetrator Group Intervention at the University of Bristol and REPROVIDE lead, said: “Making a change can be tough; it takes courage to ask for help and determination to stick with it – and it’s those qualities of courage and determination that we see expressed in professional sport. That’s why we’re teaming up with our top-level local clubs to promote the campaign and lead the way in showing men it’s #OkToAskforHelp and doing so is necessary to really tackle domestic abuse.”

Joy Saunders, Community Director at Bath City FC, added: “We know the devastating and long-term impact that domestic abuse can have on families in our community and so did not hesitate when we were asked to support the #ChangeChampions campaign. It seeks to harness the courage and determination of men to help them take positive action in support of protecting families. As a community owned club we are keen to raise the visibility of this important issue and encourage those impacted by domestic abuse to seek the help available.”

Adam Tutton, Chief Executive Officer of Bristol Rovers Community Trust, said: “Bristol Rovers FC and Community Trust are proud to be a part of this campaign. We know domestic abuse is a problem everywhere, but we think sport - through the actions of both players and fans - can be a positive force for change. With this campaign we're encouraging men to step up, and support their home team this season - to reach out for support if they need it and to let their friends and family know domestic abuse must end and that help to change is available.”

Norman Parselle, Chief Executive Officer of County in the Community, the charity arm of Newport County AFC, added: “As a club with strong community links, it is vital we do all we can to help protect families who may be impacted by domestic abuse by being part of proactive initiatives such as the #ChangeChampions campaign to help men take positive action towards changing behaviours.

“We hope our involvement in helping to publicise this campaign among our community will go some way towards raising awareness of this important issue and encourage those impacted by domestic abuse to seek the help available.”

The REPROVIDE team are wanting to recruit men who live in Bristol, North Somerset, South Gloucestershire, Wiltshire, Somerset or Gwent and who are or have been:

Two-thirds of men referred will take part in the group programme, which will provide education and support, and one-third will be assigned to a comparison group, with no additional support. All the men will be asked to complete questionnaires at various points during the study. Men can find out more by texting CHANGE to 88802.

Partners or ex-partners of the men will also be invited to take part and offered appropriate support. Their experiences will help the research team measure the effectiveness of the programme.

Dr Karen Morgan, Research Fellow in the Centre for Academic Primary Care at the University of Bristol, added: "Not all domestic abuse is physical. It can be emotional, sexual, financial or controlling behaviour, but whatever form it takes, it is important that men who are concerned about their behaviour in relationships have somewhere to turn for help.

“Through the REPROVIDE study, we are hoping to find the most effective way to help men to change abusive behaviour, and ultimately, to improve lives for their victims, for children, and for the men themselves. Men joining our study will be helping us to do that, whether they are allocated attend the REPROVIDE weekly group programme, or to be one of our comparison men."

A male participant who has completed the REPROVIDE programme said: “Before I started the programme, the police had been called out a couple of times because of my behaviour. I’ve got kids and it was make or break for me and my family. At the time I didn’t think I needed help, but the programme was worth it because it does make you aware of your behaviours, how to deal with them, and change instead of making things worse.

“My wife’s noticed how I’ve changed – I talk more now, try and meet in the middle, I’m not point scoring. My colleagues and friends have noticed it too – they aren’t seeing me upset and angry anymore, they’re not seeing the stubborn side of me either and I’ve felt a lot happier. My mum’s proud of me now too – she didn’t want me to turn out like the man that brought me up.

“For men who are in the place I was in, I’d say go for it. If you want to interact more with your family and friends and just be that better person, I’d recommend it.”

The male participant’s wife explained: “Since my husband has been attending this group, I can put my hand on my heart and say that I have noticed such a change in him, and I don’t say that [just] because I haven’t been assaulted or verbally abused.

“This group, and the people who lead them, have managed to teach my husband about his behaviours and his triggers. He is a lot more content, positive, a lot more at peace with himself and his childhood trauma. Not only has he became a better husband, but he has become a better father to our daughters. He is a lot more patient and understanding and is a lot better at communicating - as beforehand he couldn’t do any of this.

“The REPROVIDE programme has personally been life-changing for my family, and I can’t thank the group facilitator enough for helping us too and for always being such a good point of contact when needed as well.”

Visit the REPROVIDE website for information about the programme. If you would like to request some leaflets or posters, have a question, or would like to refer yourself or someone else to take part, contact the research team at reprovide-men@bristol.ac.uk. To refer yourself you can also text CHANGE to 88802. All correspondence will be treated in confidence.

Further information on the REPROVIDE programme is available here.

‌Watch this video about the study:

Domestic violence and abuse is a serious public and clinical health problem. It increases the risk of long-term conditions, especially mental health problems such as depression, anxiety disorder, post-traumatic stress disorder, and alcohol and substance misuse. Children affected by domestic abuse are at increased risk of mental health problems, poor school achievement, externalising and internalising behaviour, have poor adult mental health and increased risk of perpetrating or experiencing domestic abuse as adults. Anyone can be a victim or perpetrator of domestic abuse although victims are more likely to be women, and perpetrators more likely to be men. Evidence about the effectiveness of group programmes designed to help men deal with violent and abusive behaviour towards women is lacking.

The Centre for Academic Primary Care (CAPC) at the University of Bristol is a leading centre for primary care research in the UK, one of nine forming the NIHR School for Primary Care Research. It sits within Bristol Medical School, an internationally recognised centre of excellence for population health research and teaching. Follow us on Twitter: @capcbristol

The mission of the National Institute for Health Research (NIHR) is to improve the health and wealth of the nation through research. We do this by: