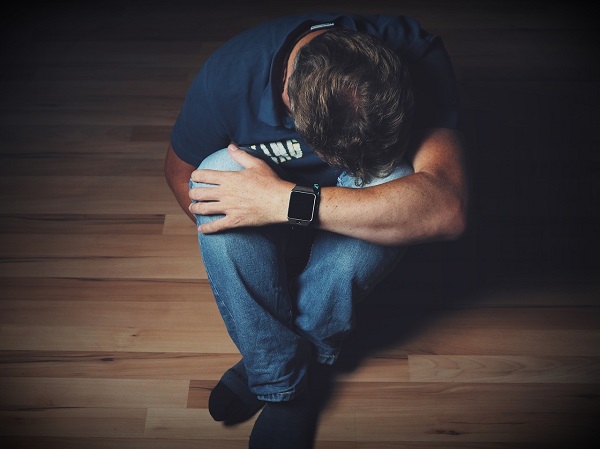 Men who experience domestic violence and abuse face significant barriers to getting help and access to specialist support services, according to a study by researchers at the University of Bristol’s Centre for Academic Primary Care and Centre for Gender and Violence Research published in BMJ Open today.

The study, funded by the National Institute for Health Research, looked at what stops men in abusive relationships from seeking help and how services could be improved to make help-seeking easier.

The researchers analysed interview-based studies of men in heterosexual and same-sex relationships and organised their findings into a series of themes.

Fear of not being believed or being accused as the perpetrator, embarrassment at talking about the abuse, and feeling ‘less of a man’ were found to be key reasons why men did not seek help.

Men also worried about the welfare of their partner, damaging their relationship or losing contact with their children if they opened up to someone outside their personal network of family and friends. Others lacked the confidence to seek help as a result of the abuse.

The study also found that men were often either not aware of specialist support services or felt they were not appropriate for male victims of abuse. When men did seek help, they did so usually when their situation had reached a crisis point.

Confidentiality was very important to those seeking help from services, as were trust, seeing the same person over time, and a non-judgemental attitude.

There were mixed views about how easy it was to open up to health professionals, such as GPs, but men consistently expressed a preference for receiving help from a female professional.

Dr Alyson Huntley, Senior Research Fellow at the Centre for Academic Primary Care, and lead author of the study said “Our review has revealed that the experience of many men who are victims of domestic abuse is similar to those of women. For example, fear of disclosure, shame and lowered confidence. Like women, although male victims wanted the violence to stop, they did not necessarily want to end the relationship. Men expressed concern about losing contact with their children and this is a major theme in the wider domestic violence literature.”

Professor Gene Feder, a GP and Professor of Primary Care and co-author, said: “While both men and women are reluctant to seek professional help for their abuse, there is an added barrier for men voiced in these studies, that they may be falsely accused of being the perpetrator. The men also raised wider concerns about masculinity.

“We recommend that services are more inclusive and tailored to more effectively address the needs of all genders, ethnic and socioeconomic backgrounds. They should offer ongoing support and be widely advertised. In addition, specialised training is needed to address the specific needs of men and to foster greater levels of trust.”

“Domestic violence can have a serious impact on health and wellbeing, so we would encourage anyone experiencing abuse from an intimate partner to seek help from their GP who will be able to refer or signpost to specialist services for ongoing help and support.”

About the Centre for Gender and Violence Research
The Centre for Gender and Violence Research, based in the University of Bristol's School for Policy Studies was established in 1990. Over the past three decades the centre has conducted high-quality research to inform policy, practice and action on gender-based violence. Our history of researching violence against women and gender-based violence feeds into policy and practice nationally, internationally and locally. We work across different forms of gender-based violence, impacting on different sectors: health, criminal justice, social care, the specialist NGO sector, amongst others, and work using a range of methodological approaches. We focus on all those affected by gender-based violence: victims-survivors, perpetrators, children, and wider communities. We founded and host the Journal of Gender-Based Violence.

Domestic violence facts
The UK government defines DVA as “any incident or pattern of incidents of controlling, coercive or threatening behaviour, violence or abuse between those aged 16 or over who are, or have been, intimate partners or family members regardless of gender or sexuality. The abuse can encompass, but is not limited to psychological, physical, sexual, financial, emotional.”

Globally, direct experience of being subjected to domestic violence is greater among women then among men. In the UK, 27 per cent of women and 13 per cent of men have experienced some form of domestic abuse in their lifetime.