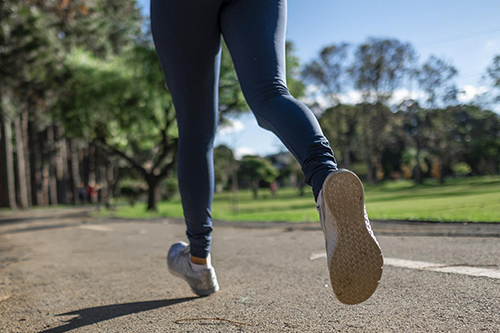 The findings were generally consistent across all types and stages of the disease, revealed the Mendelian randomisation study, prompting the researchers to recommend a stronger focus on exercise as a way of warding off breast cancer.

Mendelian randomisation is a technique that uses genetic variants as proxies for a particular risk factor—in this case lifelong physical activity levels/sedentary behaviour—to obtain genetic evidence in support of a causal relationship.

Observational studies show that physical inactivity and sedentary behaviour are linked to higher breast cancer risk, but proving they cause breast cancer is another matter.

The researchers therefore used Mendelian randomisation to assess whether lifelong physical activity and sitting time might be causally related to breast cancer risk in general, and specifically to different types of tumour.

The women were participants of 76 studies under the aegis of the Breast Cancer Association Consortium (BCAC), a forum of investigators interested in the inherited risk of breast cancer.

The researchers then drew on previously published studies that had used the vast repository of UK Biobank data on potential genetic explanations for overall predisposition to physical activity, vigorous physical activity, or sitting time—as measured by wrist-worn activity trackers—to genetically predict how physically active or inactive their own study participants were.

Next, the researchers estimated overall breast cancer risk, according to whether the women had or hadn’t gone through the menopause; and by cancer type (positive for oestrogen or progesterone, or HER-2, or positive/negative for all 3 hormones), stage (size and extent of tumour spread), and grade (degree of tumour cell abnormality).

Analysis of the data showed that a higher overall level of genetically predicted physical activity was associated with a 41% lower risk of invasive breast cancer, and this was largely irrespective of menopausal status, tumour type, stage, or grade.

Similarly, genetically predicted vigorous physical activity on three or more days of the week was associated with a 38% lower risk of breast cancer, compared with no self-reported vigorous activity. These findings were consistent across most of the case groups.

Finally, a greater level of genetically predicted sitting time was associated with a 104% higher risk of triple negative breast cancer. These findings were consistent across hormone-negative tumour types.

The findings were unchanged after factoring in the production by a single gene of two or more apparently unrelated effects (pleiotropy), such as smoking and overweight, for example.

There are plausible biological explanations for their findings, say the researchers, who point to a reasonable body of evidence indicating numerous causal pathways between physical activity and breast cancer risk, such as overweight/obesity, disordered metabolism, sex hormones, and inflammation.

"Mechanisms linking sedentary time and cancer are likely to at least partially overlap with those underpinning the physical activity relationship," suggested the researchers.

"A stronger cancer-control focus on physical activity and sedentary time as modifiable cancer risk factors is warranted, given the heavy burden of disease attributed to the most common cancer in women."