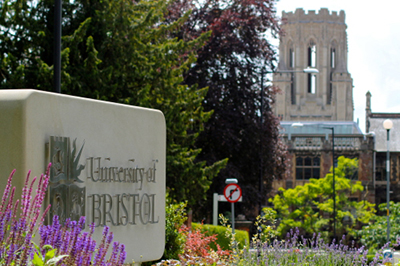 The University of Bristol has risen to 61st in the latest QS World University Rankings released today [8 June].

Bristol is ranked 9th in the United Kingdom - up one place - and 18th in Europe according to the highly regarded league table, which analysed 2,462 universities in 100 countries.

QS's annual survey asked 130,000 academics and 75,000 employers around the world which universities were producing the best research and the best graduates.

Bristol's best-performing indicator was its reputation with employers around the world, while its proportion of international students and citations per faculty also increased.

Professor Hugh Brady, the University of Bristol's Vice-Chancellor and President, said: "It is a testament to the hard work of our staff that the University has risen in the QS World University Rankings during a period of considerable uncertainty and pressure. I'm immensely proud of their sustained brilliance, effort and commitment, which is producing such world-class research and teaching."

In April, the QS World University Rankings by Subject found that 26 subjects at Bristol were in the world's top 100, with nine of those in the top 50.

And the University of Bristol was ranked fifth for research in the UK, with a remarkable 94% of its research assessed as world-leading or internationally excellent, in the recent REF 2021 results.