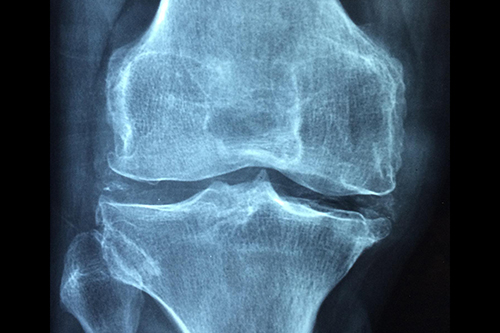 New research has found that weight/body mass index (BMI) policies introduced by NHS commissioning groups in England are associated with a decrease in knee replacement surgery and may be contributing to health inequalities. With one in ten people likely to need a knee replacement, many thousands of patients are directly affected by these policies.

The National Institute for Health and Care Research (NIHR) funded study, led by the University of Bristol and published in PLOS ONE today [29 June], suggest regions that introduced policy changes for access to knee replacement surgery based on a patient’s weight/BMI have seen a decline in surgery.

Over the last decade rules have been bought in by NHS clinical commissioning groups (CCGs) across England to change the access to hip and knee replacement surgery for patients who are overweight or obese. However, there is a lot of regional difference, with some regions having no such policy and in the strictest examples patients being denied access to an elective hip or knee replacement operation until their BMI is below a certain threshold.

The research team analysed the rates of knee replacement surgery of 481,555 patients between January 2009 and December 2019 using data from the National Joint Registry and compared regions with and without a BMI policy.

The aim of the research was to investigate the effect of these commissioning policies on access to elective knee surgery and if there was any evidence of worsening health inequalities through a disproportionate effect on less affluent groups in society.

The study found the policies put in place by NHS CCGs to change access to knee replacement based on a patient’s weight/BMI are linked with a decrease in surgery and could have led to postcode health inequalities.

The research highlighted that the rules may be worsening health inequalities as policy introduction can be linked to a rise in patients having private surgery and a reduction in the most economically deprived patients receiving surgery at all.

Rates of surgery fell in all patient groups, and not just for overweight or obese patients, who the policy was targeted at.

Dr Joanna McLaughlin, NIHR Doctoral Fellow in the Bristol Medical School: Translational Health Sciences (THS) and lead author of the study, said: “NHS policy on whether people can immediately access referral for knee replacement surgery if they are overweight or obese varies depending on where you live in England.

“Our study raises the concern that these policies are linked with worsening health inequalities with fewer NHS operations for the least affluent groups in society when policies are introduced.”

The research team urge commissioners and policy decision-makers to reconsider restrictive policies that affect access to elective surgery as a matter of urgency. The researchers also suggest that the recent formation of Integrated Care Systems from existing CCG groups is an important opportunity for positive changes to policy position.

'What effect have NHS commissioners’ policies for body mass index had on access to knee replacement surgery in England?: An interrupted time series analysis from the National Joint Registry' by Joanna McLaughlin et al in PLOS ONE

About the National Joint Registry (NJR)

The NJR, which covers England, Wales, Northern Ireland, the Isle of Man, and Guernsey, collects information on hip, knee, ankle, elbow and shoulder joint replacement surgery, across both the NHS and independent sector. Data collection began in April 2003 and data submission for NHS organisations was made mandatory from April 2011. Now with over 3.5 million procedure records, the NJR is the largest orthopaedic registry in the world with an international reputation. Recognised as a ‘global exemplar’ of an implantable medical devices registry, the NJR monitors the performance and effectiveness of joint replacement implants in different types of joint replacement surgery, in order to provide an early warning of issues relating to patient safety and improve clinical standards; thus benefiting patients, clinicians and the orthopaedic sector as a whole.

For more information about the NJR see: https://www.njrcentre.org.uk