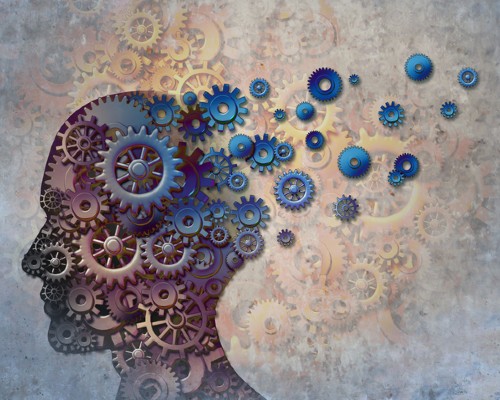 Identifying genetic risk factors for Alzheimer's disease is essential if we are to improve our understanding and treatment of it. An international research team, which included University of Bristol scientists, has identified 75 regions of the genome that are associated with Alzheimer's disease.

Forty-two of these regions are novel, meaning that they have never before been implicated in the disease. The findings, published in Nature Genetics, bring new knowledge of the biological mechanisms at play and open up new avenues for treatment and diagnosis.

Alzheimer’s disease is the most common form of dementia, a chronic neurodegenerative disorder that affects more than 26-million people worldwide, with no treatment available to improve the course of the disease. However, progress in human genome analysis along with genome-wide association studies1 are now leading to major advances in the field.

This complex, multifactorial disease, which usually develops after the age of 65, has a strong genetic component. Most cases are thought to be caused by the interaction of different genetic predisposition factors with environmental (e.g. diet, lifestyle) factors.

Although our understanding of the disease continues to improve, there is no cure at this time. The medications available are mainly aimed at slowing cognitive decline and reducing certain behavioral disorders. To better understand the origins of the disease, one of the major challenges of research is to better characterise its genetic risk factors by identifying the biochemical and cellular processes affected2, and thereby propose novel therapeutic targets.

Encouraged by advances in genome analysis, these studies consist of analysing the entire genome of tens of thousands or hundreds of thousands of individuals, whether healthy or sick, with the aim of identifying genetic risk factors associated with specific aspects of the disease.

Using this method, the scientists were able to identify 75 regions (loci) of the genome associated with Alzheimer's, 42 of which had never previously been implicated in the disease. "Following this major discovery, we characterised these regions in order to give them meaning in relation to our clinical and biological knowledge, and thereby gain a better understanding of the cellular mechanisms and pathological processes at play," explains Lambert.

In Alzheimer's disease, two damaging processes are already well documented: namely, the accumulation of amyloid-beta peptides and the modification of the protein Tau, aggregates of which are found in brain cells.

Here, the scientists confirmed the importance of these pathological processes. Their analyses of the various genome regions confirm that some are implicated in amyloid peptide production and Tau protein function.

Furthermore, these analyses also reveal that a disturbance of innate immunity and of the action of the microglia (immune cells present in the central nervous system act like a "trash collector" to eliminate damaging substances) is at play in Alzheimer's disease.

Finally, this study shows for the first time that the tumor necrosis factor alpha (TNF-alpha)-dependent signaling pathway, important in inflammation, is involved in disease4.

Professor Pat Kehoe, Gestetner Professor of Translational Dementia Research at Bristol Medical School, added: “Despite the knowledge we are amassing as to the biological mechanisms of Alzheimer’s disease we are still faced by gaps in our understanding. This means the devil is still in the detail and where studies like this will help to us to begin to fill those gaps and indeed something that future tissue studies from our own South West Dementia Brain Bank may continue to help in furthering our understanding of the proteins that these genes make in the disease process.”

These findings confirm and add to our knowledge of the pathological processes involved in the disease and opens up new avenues for therapeutic research. For example, they confirm the utility of the following: the conduct of clinical trials of therapies targeting the amyloid precursor protein, the continuation of microglial cell research that was initiated a few years ago, and the targeting of the TNF-alpha signaling pathway.

Based on their findings, the researchers also devised a genetic risk score to try to better evaluate which patients with cognitive impairment will, within three years of the initial emergence of memory problems, go on to develop Alzheimer's disease. "While this tool is not at all intended for use in clinical practice at present, it could be very useful when setting up therapeutic trials in order to categorise participants according to their risk and improve the evaluation of the medications being tested," explains Lambert.

In order to validate and expand their findings, the team would now like to continue its research in an even broader group. Beyond this exhaustive characterization of the genetic factors of Alzheimer's disease, the team is also developing numerous cellular and molecular biology approaches to determine their roles in its development.

Furthermore, with the genetic research having been conducted primarily on Caucasian populations, one of the considerations for the future will be to carry out the same type of studies in other groups to determine whether the risk factors are the same from one population to the next, which would reinforce their importance in the pathophysiological process.

'New insights into the genetic etiology of Alzheimer’s disease and related Dementias' by Bellenguez et al in Nature Genetics.

1. These studies consist of analyzing the entire genome of thousands or tens of thousands of people, whether healthy or sick, to identify genetic risk factors associated with specific aspects of the disease.

2. All functional problems caused by a particular disease or condition.

3. Here, the researchers were interested in the genetic data of 111,326 people who were diagnosed with Alzheimer's disease or had close relatives with the condition, and 677,663 healthy "controls". These data are derived from several large European cohorts grouped within the European Alzheimer & Dementia BioBank (EADB) consortium.