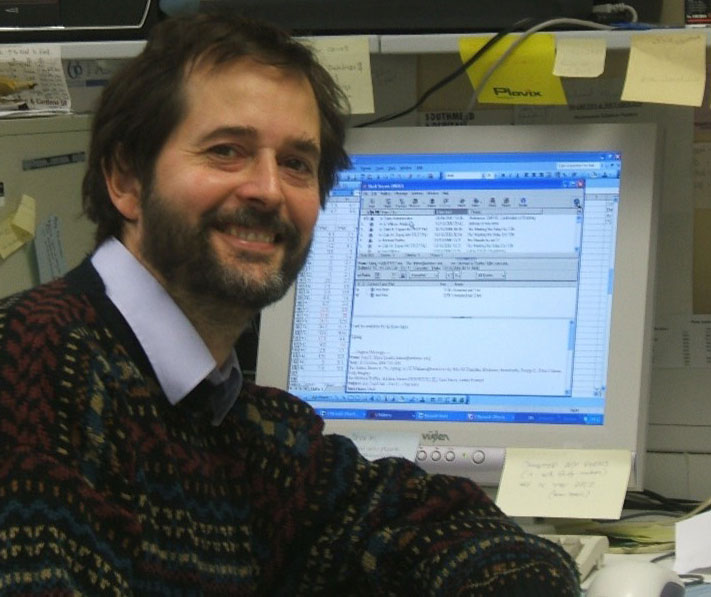 Alistair Williams, Research Fellow in the Bristol Medical School, died last autumn. His colleagues in the Diabetes and Metabolism team offer a remembrance.

Alistair Williams sadly passed away in September 2020 after a very brave battle with cancer. He was a much-loved member of the Diabetes and Metabolism team and is hugely missed as a colleague and a friend.

Alistair arrived at the University of Bristol in 1997 when Professors Edwin Gale and Polly Bingley transferred from Barts Hospital in London to the University’s research base at Southmead Hospital. Alistair had a degree in Chemistry from the University of York followed by training as a Medical Laboratory Scientific Officer at Barts.

Recognised internationally for the development of high-quality islet autoantibody tests to predict type 1 diabetes and efforts to standardise testing across the globe, Alistair brought a meticulous and calm approach to everything he did. Even while he was ill, Alistair was a very active part of the University’s COVID-19 Emergency Research Group (UNCOVER) Serology Group guiding us on ways to improve the tests in development for antibodies to SARS-CoV-2.

Alistair (known to the team as Al) was a real team player. He had a dry sense of humour, loved history, was an avid sports and music fan and an enthusiastic participant in all work social events (where he invariably arrived at least half an hour late – or on 'Al time'). He was on almost every winning Learning and Research quiz team over the last 20 years where the only subjects to stump him occasionally were recent pop music and reality TV.

Al has left us some great tests and we will use them well for him.

The Type 1 Diabetes UK Immunotherapy Consortium Scientific Committee have initiated an 'Alistair Williams Award' to be presented to the best young presenter at each scientific meeting in memory of Al’s contribution to training young scientists.