Newly-hatched pterosaurs may have been able to fly 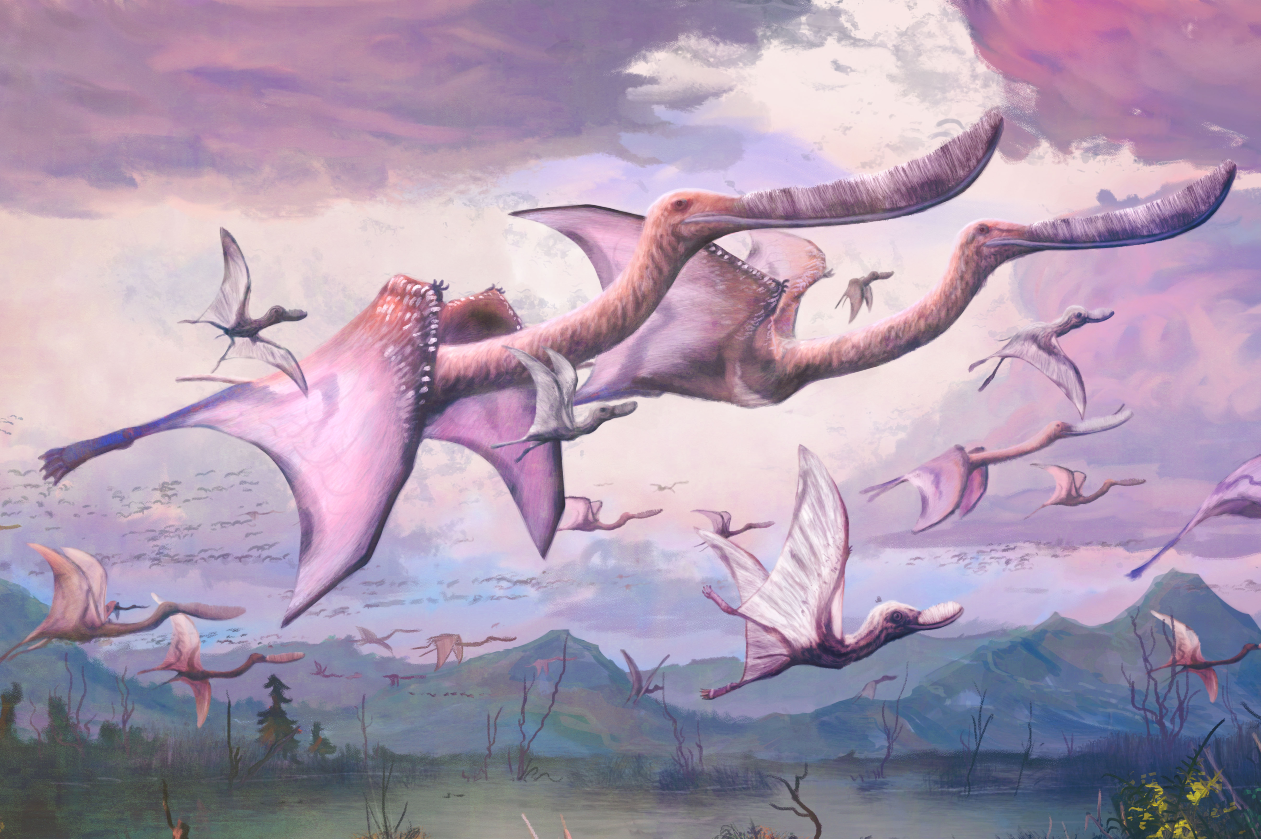 Pterosaurs were a group of flying reptiles that lived during the Triassic, Jurassic and Cretaceous Periods (228 to 66 million years ago). Due to the rarity of fossilised pterosaur eggs and embryos, and difficulties distinguishing between hatchlings and small adults, it has been unclear whether newly-hatched pterosaurs were able to fly.

Researchers from the Universities of Bristol and Portsmouth and, along with palaeontologist Darren Naish, found that hatchling humerus bones were stronger than those of many adult pterosaurs, indicating that they would have been strong enough for flight.

In the study, published in Scientific Reports, the researchers modelled the flying abilities of hatchlings using previously obtained wing measurements from four established hatchling and embryo fossils from two pterosaur species, Pterodaustro guinazui and Sinopterus dongi. They also compared these wing measurements with those of adults from the same species and compared the strength of the humerus bone, which forms part of the wing, of three hatchlings with those of 22 adult pterosaurs.

Dr Liz Martin-Silverstone, from the University of Bristol’s School of Earth Sciences, said: “There have been several debates about whether juvenile pterosaurs could fly, but this is the first time it’s been studied through a more biomechanical point of view. It’s exciting to discover that even though their wings may have been small, they were built in a way that made them strong enough to fly.”

Study co-author Dr Mark Witton from the University of Portsmouth said: “Although we've known about pterosaurs for over two centuries, we've only had fossils of their embryos and hatchlings since 2004. We're still trying to understand the early stages of life in these animals. One discussion has centred around whether pterosaurs could fly as hatchlings or, like the vast majority of birds and bats, they had to grow a little before they could take wing.

“We found that these tiny animals - with 25cm wingspans and bodies that could neatly fit in your hand - were very strong, capable fliers. Their bones were strong enough to sustain flapping and take-off, and their wings were ideally shaped for powered (as opposed to gliding) flight. However, they would not have flown exactly like their parents simply because they were so much smaller: flight capabilities are strongly influenced by size and mass, and so pterosaur hatchlings, being hundreds of times smaller than their parents, were likely slower, more agile fliers than the wide-ranging, but less manoeuvrable adults.”

The researchers found that while hatchlings had long, narrow wings suited to long-distance flight, their wings were shorter and broader than those of adult pterosaurs, with a larger wing area relative to hatchling mass and body size. These wing dimensions may have may have made hatchlings less efficient than adult pterosaurs at long-distance travel but may have resulted in them being more agile fliers, enabling them to suddenly change direction and speed.

The authors speculate that the agile flying style of hatchling pterosaurs may have enabled them to rapidly escape predators and made them better suited to chasing nimbler prey and flying amongst dense vegetation than adult pterosaurs.

Dr Witton said: “That gives us a lot to think about with regard to flying reptile ecology. How independent were the hatchlings from their parents? Did flight style influence habitat choices, and did these change as pterosaurs grew? There's still a lot to learn about the life histories of these animals, but we're confident that, whatever they were doing as they grew up, they were capable of flying from the moment they hatched.”