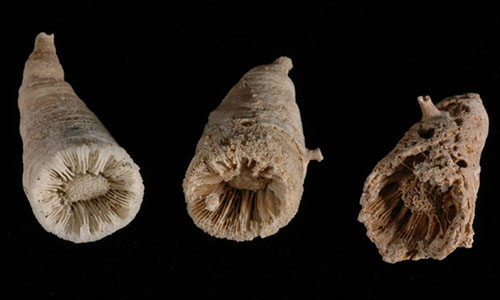 Analysis of the fossil remains of deep-sea corals (pictured here) were used to examine the history of the oceans and connections to global climate. Dann Blackwood, USGS 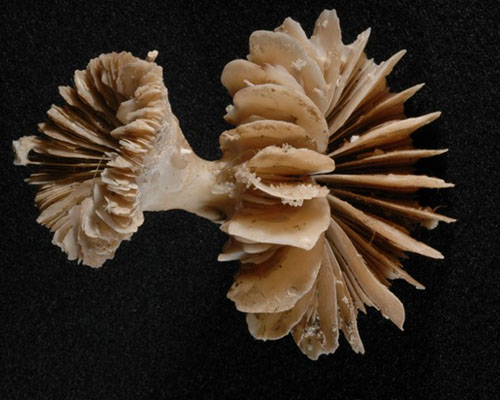 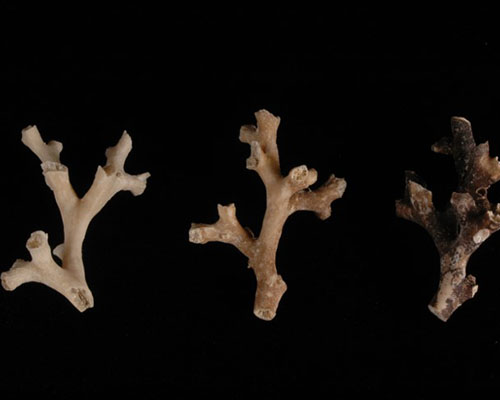 The fossilised remains of ancient deep-sea corals may act as time machines providing new insights into the effect the ocean has on rising CO2 levels, according to new research carried out by the Universities of Bristol, St Andrews and Nanjing and published in Science Advances.

Rising CO2 levels helped end the last ice age, but the cause of this CO2 rise has puzzled scientists for decades.  Using geochemical fingerprinting of fossil corals, an international team of scientists has found new evidence that this CO2 rise was linked to extremely rapid changes in ocean circulation around Antarctica.

The team collected fossil remains of deep-sea corals that lived thousands of metres beneath the waves.  By studying the radioactive decay of the tiny amounts of uranium found in these skeletons, they identified corals that grew at the end of the ice age around 15,000 years ago.

Further geochemical fingerprinting of these specimens - including measurements of radiocarbon - allowed the team to reconstruct changes in ocean circulation and compare them to changes in global climate at an unprecedented time resolution.

Professor Laura Robinson, Professor of Geochemistry at Bristol’s School of Earth Sciences who led the research team, said: “The data show that deep ocean circulation can change surprisingly rapidly, and that this can rapidly release CO2 to the atmosphere.”

Dr James Rae at St Andrew’s School of Earth and Environmental Sciences, added: “The corals act as a time machine, allowing us to see changes in ocean circulation that happened thousands of years ago.

"They show that the ocean round Antarctica can suddenly switch its circulation to deliver burps of CO2 to the atmosphere.”

Scientists have suspected that the Southern Ocean played an important role in ending the last ice age and the team’s findings add weight to this idea.

In another study published in Nature Geoscience this week the same team ruled out recent speculation that the global increase in CO2 at the end of the ice age may have been related to release of geological carbon from deep sea sediments.

Andrea Burke at St Andrew’s School of Earth and Environmental Sciences, added: “There have been some suggestions that reservoirs of carbon deep in marine mud might bubble up and add CO2 to the ocean and the atmosphere, but we found no evidence of this in our coral samples.”

Dr Tianyu Chen of Nanjing University said: “Our robust reconstructions of radiocarbon at intermediate depths yields powerful constraints on mixing between the deep and upper ocean, which is important for modelling changes in circulation and carbon cycle during the last ice age termination.

Dr James Rae added: “Although the rise in CO2 at the end of the ice age was dramatic in geological terms, the recent rise in CO2 due to human activity is much bigger and faster. What the climate system will do in response is pretty scary.”

‘Rapid shifts in circulation and biogeochemistry of the Southern Ocean during deglacial carbon cycle events’ by L Robinson et al in Science Advances.