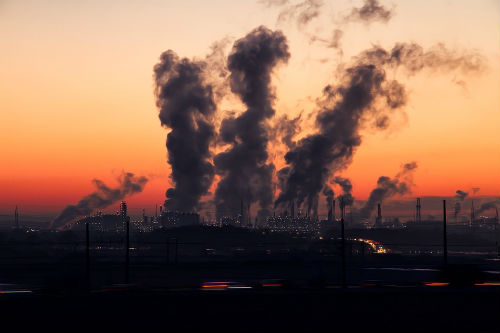 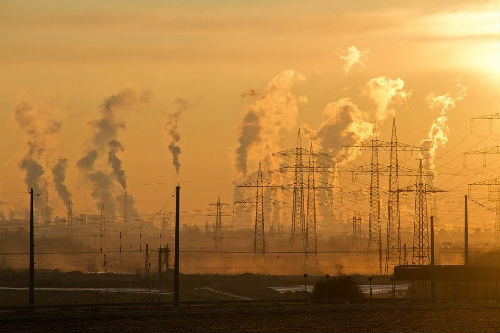 Despite reports that global emissions of the potent greenhouse gas, HFC-23, were almost eliminated in 2017, an international team of scientists, led by the University of Bristol, has found atmospheric levels growing at record values.

Over the last two decades, scientists have been keeping a close eye on the atmospheric concentration of a hydrofluorocarbon (HFC) gas, known as HFC-23.

This gas has very few industrial applications. However, levels have been soaring because it is vented to the atmosphere during the production of another chemical widely used in cooling systems in developing countries.

Scientists are concerned, because HFC-23 is a very potent greenhouse gas, with one tonne of its emissions being equivalent to the release of more than 12,000 tonnes of carbon dioxide.

Starting in 2015, India and China, thought to be the main emitters of HFC-23, announced ambitious plans to abate emissions in factories that produce the gas. As a result, they reported that they had almost completely eliminated HFC-23 emissions by 2017.

In response to these measures, scientists were expecting to see global emissions drop by almost 90 percent between 2015 and 2017, which should have seen growth in atmospheric levels grind to a halt.

Now, an international team of researchers have shown, in a paper published today in the journal Nature Communications, that concentrations were increasing at an all-time record by 2018.

Dr Matt Rigby, who co-authored the study, is a Reader in Atmospheric Chemistry at the University of Bristol and a member of the Advanced Global Atmospheric Gases Experiment (AGAGE), which measures the concentration of greenhouse gases around the world, said:  “When we saw the reports of enormous emissions reductions from India and China, we were excited to take a close look at the atmospheric data.

“This potent greenhouse gas has been growing rapidly in the atmosphere for decades now, and these reports suggested that the rise should have almost completely stopped in the space of two or three years. This would have been a big win for climate.”

The fact that this reduction has not materialised, and that, instead, global emissions have actually risen, is a puzzle, and one that may have implications for the Montreal Protocol, the international treaty that was designed to protect the stratospheric ozone layer.

In 2016, Parties to the Montreal Protocol signed the Kigali Amendment, aiming to reduce the climate impact of HFCs, whose emissions have grown in response to their use as replacements to ozone depleting substances.

Dr Kieran Stanley, the lead author of the study, visiting research fellow in the University of Bristol’s School of Chemistry and a post-doctoral researcher at the Goethe University Frankfurt, added: “To be compliant with the Kigali Amendment to the Montreal Protocol, countries who have ratified the agreement are required to destroy HFC-23 as far as possible.

“Although China and India are not yet bound by the Amendment, their reported abatement would have put them on course to be consistent with Kigali. However, it looks like there is still work to do.

“Our study finds that it is very likely that China has not been as successful in reducing HFC-23 emissions as reported. However, without additional measurements, we can’t be sure whether India has been able to implement its abatement programme.”

Had these HFC-23 emissions reductions been as large as reported, the researchers estimate that the equivalent of a whole year of Spain’s CO2 emissions could have been avoided between 2015 and 2017.

Dr Rigby added: “The magnitude of the CO2-equivalent emissions shows just how potent this greenhouse gas is.

“We now hope to work with other international groups to better quantify India and China’s individual emissions using regional, rather than global, data and models.”

Dr Stanley added: “This is not the first time that HFC-23 reduction measures attracted controversy.

“Previous studies found that HFC-23 emissions declined between 2005 and 2010, as developed countries funded abatement in developing countries through the purchase of credits under the United Nations Framework Convention on Climate Change Clean Development Mechanism.

“However, whilst in that case, the atmospheric data showed that emissions reductions matched the reports very well, the scheme was thought to create a perverse incentive for manufacturers to increase the amount of waste gas they generated, in order to sell more credits”.