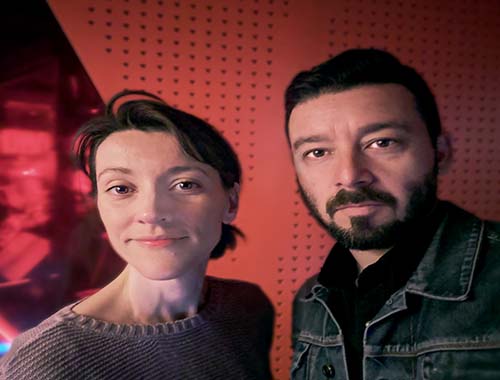 Producers Oscar Raby and Katy Morrison will investigate the relationship between body and mind in 'Transplant'.

'Love and Seawater' by Lisa Harewood and Ewan Cass-Kavanagh documents a feature of Caribbean economic migration. 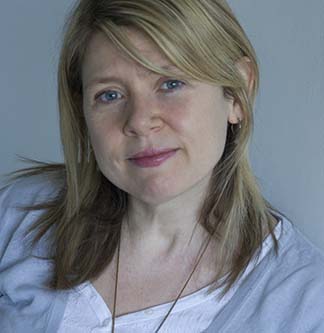 Victoria Mapplebeck will share the story of her own breast cancer through the immersive documentary; 'The Waiting Room'.

The three projects have been commissioned within the Virtual Realities – Immersive Documentary Encounters EPSRC funded research project. The multi-disciplinary research led by Dr. Kirsten Cater, Prof. Danaë Stanton Fraser and Mandy Rose brings together computer science, psychology and documentary studies to investigate and support the unexpected adoption of Virtual Reality within Documentary and Journalism. The commissions will contribute to the research by pushing the boundaries of nonfiction in both form and content, while the productions will also be the subject of research case studies.

Dr. Kirsten Cater from the University of Bristol is the Principal Investigator for the project said: "Virtual Reality nonfiction is an emergent and rapidly evolving new medium for filmmaking. Through this exciting project, working closely with industry, we are able to explore VR’s potential impact and raise important ethical considerations."

The winning commissions were chosen from among over 150 applications based on their originality and innovation. Selected from the Open Call, Transplant is a new work by producers Oscar Raby and Katy Morrison of the VRTOV studio, whose field-defining VR projects have been shown and celebrated from Sundance to Sheffield DocFest. Transplant is set in Chile under the dictatorship of General Pinochet. Centring on the ideas of biologist and philosopher Francisco Varela, as he undergoes a liver transplant, it asks; how do we repair a damaged organism? how do we reorganise a damaged society? Transplant asks us to consider, through interactive VR, the relationship between body and mind.

The two other projects were selected from the New Voices Call, which invited applications from artists new to VR. We are delighted to be working with film-maker Lisa Harewood and creative technologist Ewan Cass-Kavanagh on their first collaboration: Love and Seawater which addresses the legacy of the separations between parents and children that have been a feature of Caribbean economic migration. Love and Seawater will take a participatory approach to production, involving those affected by this theme in developing a VR treatment of this previously invisible aspect of global migrant culture.

Also new to VR is the award-winning writer, artist and director Victoria Mapplebeck, who has been experimenting with the frontiers of documentary and creative technology since the 1990s. Her project, The Waiting Room tells the story of her own breast cancer from diagnosis through treatment to recovery. The VR project will explore the cultural myths and language of chronic illness, asking us to confront what we can and what we can’t control when our bodies fail us.

Victoria comments: “I’m delighted to be working with such an impressive team of directors and academics, in an atmosphere that really nurtures creative and innovative approaches to immersive storytelling.”

Watershed’s Hannah Brady will support the production of the three R&D commissions, while the academic research team will examine the challenges and unique requirements of the VR nonfiction production process. These exciting immersive works, which will launch in Summer 2019, can be expected to make a significant contribution to the fast-evolving field of nonfiction VR.

Co-Investigator on the project, Prof. Danaë Stanton Fraser from the University of Bath said: “The Virtual Realities project is enabling an exciting body of work on immersion. As someone who did my PhD on the psychology of VR in the 1990s, it's fascinating to see the medium emerging into the mainstream for factual storytelling.

Currently we are looking at what that means through a large-scale lab study on the effects of immersion on social bias and recall comparing flat screen with 360 viewing.”

Mandy Rose from UWE Bristol is also Co-Investigator said: "The research responds to the rapid, unexpected uptake of VR within documentary and journalism by players including the BBC, New York Times and Al-Jazeera.

We're exploring what's at stake in that turn, what virtual environments bring to the important business of reflecting and questioning our shared world."

Funded by the Engineering and Physical Sciences Research Council (UK EPSRC EP/P025595/1), Virtual Realities is a collaboration between the University of Bristol, University of Bath and UWE Bristol (the University of the West of England), in partnership with Watershed, BBC, the Guardian, Aardman Animations, VRCity, Jongsma + O’Neill, Archer’s Mark, VRTOV and MIT Open Documentary Lab.

The Virtual Realities - Immersive Documentary Encounters is a collaborative research project that seeks to examine the production and user experience of non-fiction virtual reality content. Through a process of investigation, dialogue, and shared findings, researchers from human-computer interaction, psychology and documentary studies are working alongside internationally recognised creative industry collaborators to support the development of this new production sector, keeping the interests of audience and subjects to the fore.

So far, the research has involved the creation of a VR Mediography, an online interactive timeline documenting where nonfiction VR production has come from, where the current state of the art lies and how technology and creative form are developing. A production study involving leading international producers is capturing approaches to storytelling, emerging business models and ethical concerns in this emerging 360 medium. Lab-based psychological studies and an ethnographic household study are probing engagement, attention, understanding and emotional reaction to immersive nonfiction media content.