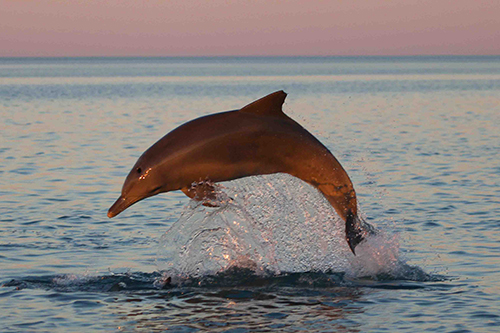 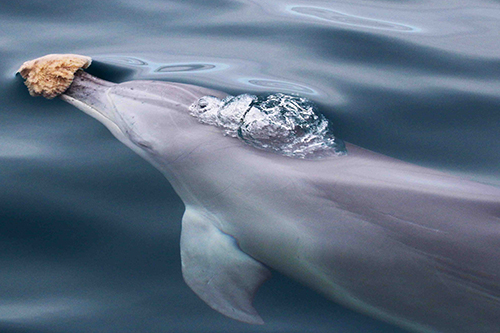 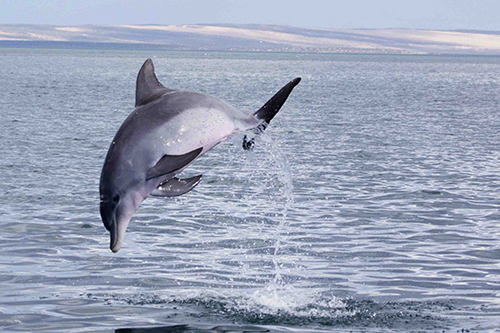 Dolphin survival and reproductive rates suffered a significant decline following a 2011 marine heatwave affecting around 1,000km of Western Australia’s coastline. The findings, published in Current Biology and representing an international collaboration of researchers and universities, including Zurich and Bristol, have important implications for marine conservation and mitigating the effects of climate change.

In early 2011, a marine heatwave produced a mass of warm water increasing coastal sea temperatures in Western Australia up to 4℃ above average. This event led to the loss of seagrass meadows and fish communities in Shark Bay, a World Heritage area in Western Australia and home to an iconic population of Indo-Pacific bottlenose dolphins.

Using long-term demographic data from over 5,000 dolphin encounters in the area between 2007 and 2017, the research team investigated the impact that habitat degradation after this extreme weather event had on dolphin survival and reproduction rates. They discovered a decline of over 12 per cent in survival rates and a reduced number of dolphin calves per female that continued after the event until 2017.

The researchers suggest the loss of food availability and habitat has prevented fish stocks from recovering to pre-heatwave levels forcing the dolphins to spend more time searching for food leading to reduced vigilance, and ultimately, more shark predation on calves. Reduced food availability may also have led to increased mortality of young calves when both the mother’s and the offspring’s nutritional needs could not be sustained.

Interestingly, while there was an overall decline post heatwave in dolphin survival rates, the team discovered that the dolphins who use marine sponges as foraging tools — a learnt technique developed over time as an aid to help the dolphins find food in deeper water channels, fared better in comparison to those who didn't use tools.

Dr Simon Allen, the study's senior author and senior research associate at Bristol's School of Biological Sciences, said "Our findings suggest that extreme weather events may be too sudden or disruptive for even highly adaptable animals to respond, leading to negative impacts at the population level. We are yet to see recovery of seagrass meadows or fish stocks and now we find negative impacts on dolphins from just one event.

"Given that marine heatwaves are occurring more often in association with climate change this raises serious concerns over the long-term prospects for the dolphin population, commercial fisheries and the ecosystem as a whole."

Dr Sonja Wild, the study's lead author who carried out the work as part of her PhD at the University of Leeds, added: "These declines illustrate the wide-ranging effects associated with marine heatwaves and are a stark reminder of the negative effects of climate change."