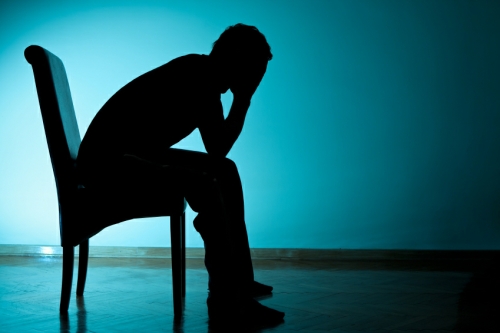 Vulnerable adults who are taken into police custody face a postcode lottery around the provision of 'appropriate adults' who help safeguard their rights and welfare while detained, a new study has found.

The research set out to understand local authorities' role in providing appropriate adult (AA) services – which, unlike with children and young people, they have no statutory duty to do so – and to highlight good practice. It was undertaken by the University of Bristol's School for Policy Studies, on behalf of the London School of Economics and Political Science (LSE)'s School for Social Care Research (SSCR).

While it identified inconsistencies in service provision and funding, the study found that good practice was 'more evident' in local authority areas where AA services were embedded in, or linked to, adult safeguarding teams.

It also highlighted the need for commissioners to consider the ways they monitor the effectiveness of services, beyond simply making AAs available promptly, and to find means of improving service user involvement.

"There is a huge priority placed on getting an AA quickly, and rightly so, but it would also be helpful if commissioners considered other aspects of quality. Increasing the service user voice in the design delivery and monitoring of AA services would likely help with this."

The research was based on an online survey aimed at mapping provision, sent to all 151 English local authority adult social care departments as well as 53 services within the National Appropriate Adult Network (NAAN). This was followed up with four in-depth area case studies, a series of qualitative interviews and two service user focus groups.

Just under half of the 29 local authorities that responded to the survey said they funded or part-funded AA services, which were mostly commissioned from third-sector partners. Key reasons for doing so included:

Councils that did not fund such services were much more likely to say that their own social care professionals would act as an AA. They were correspondingly likely to have concerns about the potential resource drain on social workers, who may also not be appropriately trained for the AA role.

"If one of our vulnerable service users [is] in custody and requires an appropriate adult, all other work must be reprioritised to enable attendance to the police station," said one respondent. "Furthermore, while I have received training in acting as an appropriate adult, many of my [untrained] colleagues are expected to act up."

Nearly all of the 23 AA services that responded used trained volunteers as AAs, in some cases combined with paid staff. Most had some kind of relationship with their local authority – whether through commissioning or local partnership agreements – though four reported no contact with adult services.

There were inconsistencies in the ways in which safeguarding concerns flagged by AAs were dealt with. Services with stronger links to adult social care teams – including where AA managers were embedded in social work duty teams – were better placed to follow issues up promptly.

Both professional interviewees and service users were asked what they considered to be the most important criteria by which to determine AA service effectiveness.

While service managers and commissioners, and the police, tended to prioritise AA response time and availability, service users said that demeanour and an understanding of needs were more important factors.

This perception gap was borne out in the way services were monitored. The four case-studies performed well in terms of timeliness, but there was much less evidence of broader quality monitoring.

Nor were service users given much opportunity to feed back, and the research found no evidence of them being involved in the design or development of AA services.

"Commissioners and funders should have more regard for monitoring wider outcomes, which may be more appropriate measures of service effectiveness, [including] whether the AA provision does protect the rights and welfare of vulnerable adults in custody," the study concluded. It also recommended that commissioners examine the benefits of forging closer links with AA services, and improve service user involvement in commissioning, delivery and monitoring.

Read the full study: Vulnerable adults in police custody: The role of local authorities in the provision of Appropriate Adults (AA)